It will rain on Sunday in towns in the East, South and the border of Dominican Republic 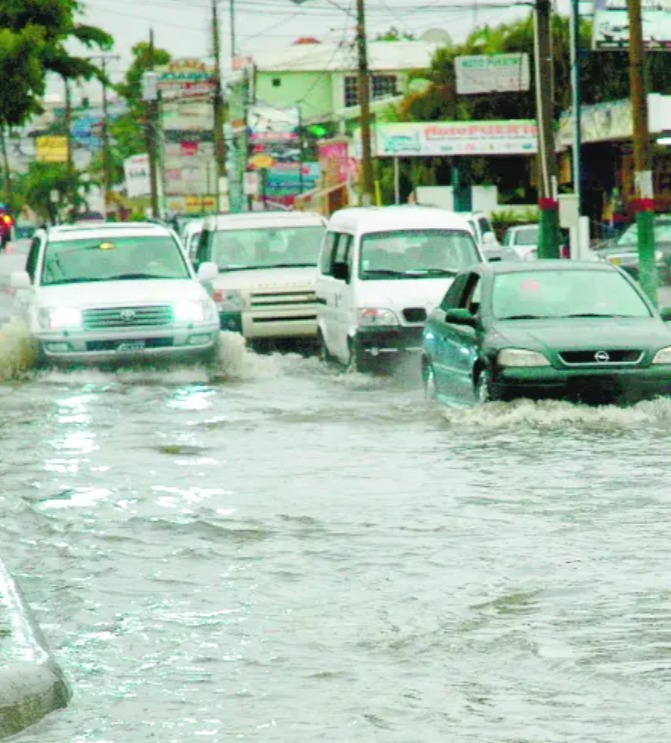 The National Meteorological Office (ONAMET) anticipates that scattered downpours and isolated thunderstorms will occur tomorrow Sunday in demarcations of the Northeast, East, southern coastal coast, the Central Cordillera and the border area from early morning and in the course of the afternoon and part of the night.

Temperatures will remain high in much of the country with a sensation of heat, so the population is recommended to drink enough liquids, wear light, light-colored clothes and not expose themselves to the radiation of the sun for extended periods.

In the Santo Domingo province, there will be cloudy increases in the afternoon and night with distant showers and thunder.

In the National District, it will be cloudy in the afternoon and evening with scattered showers and isolated thunderstorms likely.

“In the afternoon of Sunday we will have some rains, the concentration of dust from the Sahara will have decreased,” said Gloria Ceballos, director of the National Meteorological Office, through her Twitter account.

She indicated that on the weekend “the rains are reduced: lower moisture content in the atmosphere, due to the effect of dust particles from the Sahara.”

Today Saturday. A trough at various levels of the troposphere will affect the occurrence of scattered showers and isolated thunderstorms in towns in the southeast, southwest, and the Central Cordillera of the country, according to forecasts by the National Meteorological Office (Onamet).

It is expected that temperatures will remain high in much of the Dominican Republic, with the maximum oscillating between 33 and 35 (91-95°F) degrees Celsius and the minimum between 23ºC and 25ºC (71-77°F).
Today in Santo Domingo province it will be mostly sunny and hazy from Sahara dust and rains will be scarce.

While the Onamet forecast for the National District calls for scattered clouds and haziness due to the effects of dust from the Sahara that is already moving away from the national territory.

The population is recommended to continue rationing water consumption to avoid shortages.