Those in line will only have until 5:30 in the afternoon to vote in DR 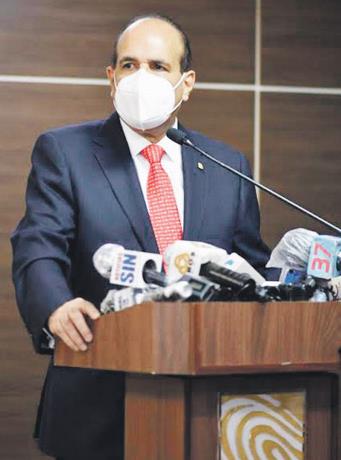 Castaños Guzmán recalled that the vote count will be manual. “We want a lot of care.”

The president of the Central Electoral Board (JCE), Julio César Castaños Guzmán, reported yesterday that at five o’clock in the afternoon of the electoral day the ballots of the people who are in lines in the electoral colleges will be collected, they will have to vote alone until 5:30 in the afternoon.

“The established schedule that we are ratifying, which is from 7:00 a.m. to 5:00 p.m., that at 5:00 p.m. the certificates of those who were eventually in the ranks will be collected, if is that there is someone to vote, and at 5:30 this was closed and then the count begins.”

ELECTIONS
About the schedule.
Danilo Díaz warned that the PLD will go to the Superior Electoral Tribunal (TSE) to have that decision reversed since it considered this to be “unconstitutional.”

Serenity.
Castaños Guzmán, president of the JCE, said that today is the day of serenity, of the commitment to think. The electoral process must pass in peace.