Tomorrow Dominicans go to the polls to choose President 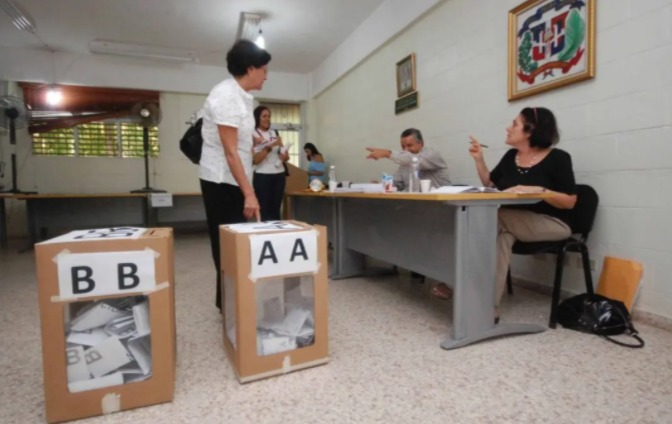 During the elections to choose the new authorities of the Autonomous University of Santo Domingo (UASD) at the headquarters of that academy, Santo Domingo, Dominican Republic. February 15, 2011. Photo Pedro Sosa

Seven and a half million Dominicans are called to the polls tomorrow, Sunday, to elect the President and Vice President of the Republic for the four years 2020-2024. Senators and deputies will also be chosen.

The positions to be elected include a President and Vice President, 32 senators, 190 deputies (178 territorial, five national and seven overseas), 20 deputies to the Central American Parliament, and alternates.

They are extraordinary elections that by constitutional mandate were scheduled for May 17 and were rescheduled for tomorrow due to the covid-19 pandemic.

Personal. Around 160,000 people will work in the country’s elections, of which 80,005 are members of colleges; 63,500 agents of the Electoral Military Police and the rest technicians and supervisors.

Abroad the staff of the JCE amounts to 5,495 who will be working on election day.

In addition to this, there are the delegates of the parties in the schools, which are accredited by each level of election or by alliances.

Observers. Around 3,000 observers will participate in the elections, a lower number compared to other processes due to the travel restrictions imposed by the pandemic.

Only 151 will come from abroad, coming from the Organization of American States (OAS); the International Foundation for Electoral Systems (IFES); the Inter-American Union of Electoral Organizations; the Center for International Strategic Studies (CSIS); the Permanent Conference of Political Parties of Latin America and the Caribbean (Coppal). There is also the Diplomatic Corps accredited in the country and accredited observers in nations and cities where there will be voting abroad.

At the local level, the nonpartisan Citizen Participation organization will have 2,850 observers.

For these elections, there will be news in the observation of the process since the Central Electoral Board (JCE) adopted the figure of scrutiny observer, a delegate to the center of scanners and observers in the directions of Informatics and Elections.
Also, party representatives will be allowed to record the count in the polling stations through cell phones or video cameras.

Technology. After the failure of the implementation of automated voting in the country, in the elections next Sunday, the voting and counting will be completely manual.

While the transmission of results will be done through scanners that will transmit the validated minutes using digitizers to the “blind,” that is, without looking at the parties, the electoral boards, and the JCE servers, as well as the parties and the media of communication simultaneously.

For this process, 5,381 scanners will be used, and there will be 20% of reservations.

In other words, the elector may choose a candidate for deputy from one party and a senator from another party.