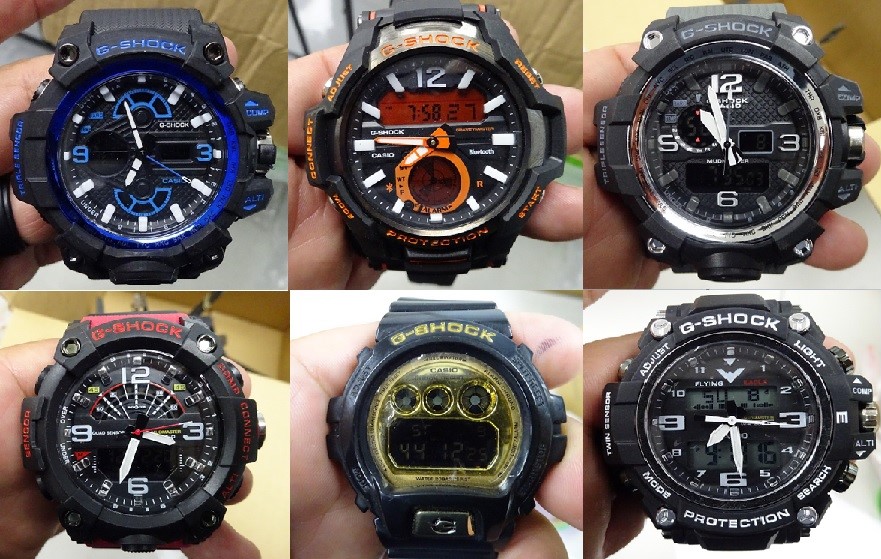 SAN JUAN, Puerto Rico.- U.S. Customs and Border Protection (CBP) San Juan Field Operations announced Tuesday  the seizure of about one thousand counterfeit designer and luxury watches in a commercial shipment coming from the Dominican Republic.   The estimated manufacturer suggested retail price (MSRP) of the seized products is approximately $420, 583, had the goods been genuine.

“Fake watches do not have the quality of the genuine product,” indicated Leida Colon, Assistant Director of Field Operations for Trade.  “These watches are made with substandard materials that do not withstand the toils of daily use.”

The majority of the counterfeits seized by the San Juan Field Office are illegitimate goods in the jewelry, footwear, clothing and prescription drugs product categories.  The source countries for most of these items are Hong Kong and China.

Despite these efforts, the internet has made it easy to find, purchase, and ship items from almost anywhere in the world. With a high demand for well-known brands, many online vendors sell counterfeit products online, infringing on various trademark holder’s rights and revenues.

CBP has established an educational initiative to raise consumer awareness and conscientiousness about the consequences and dangers that are often associated with the purchase of counterfeit and pirated goods.  Information about the Truth Behind Counterfeits public awareness campaign can be found at www.cbp.gov/fakegoodsrealdangers<http://www.cbp.gov/fakegoodsrealdangers>.

IPR violations can also be reported to the National Intellectual Property Rights Coordination Center at https://www.iprcenter.gov/referral/ or by telephone at 1-866-IPR-2060