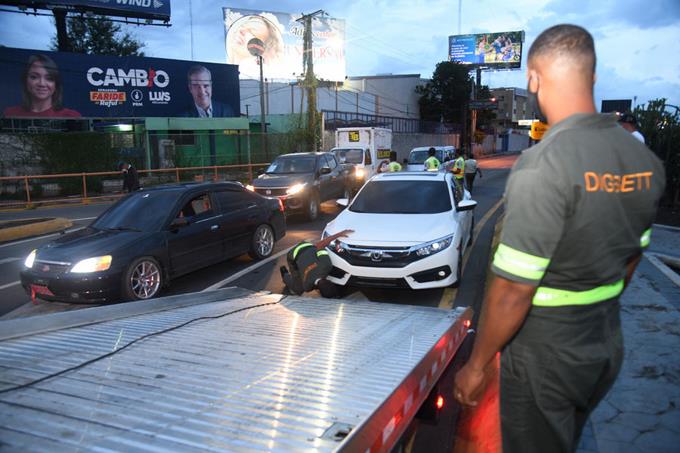 The curfew will be in force until August 10.

As of 7:00 p.m. when the curfew began in Greater Santo Domingo, activity in the popular neighborhoods suddenly stopped and its residents took shelter inside their homes, although some others went out onto the sidewalks. On this occasion, it seems that they learned the lesson that if they remain distant from their neighbors, they have less risk of getting infected.

In the colonial zone, Santa Bárbara, San Carlos, Villa Francisca, Don Bosco, and Centro de Los Héroes, the movement of people was nil or almost nil, however, on roads such as 27 de Febrero and Máximo Gómez, traffic remains important, and the drivers, to escape being audited, invent several excuses to convince the authorities, like “I had a flat tire, the vehicle has been turned off several times, the plug caught me,” among others that are not believed. The avenues Independencia, Winston Churchill, George Washington, Abraham Lincoln, Sarasota, Rómulo Betancourt, Bolívar, Ortega y Gasset, among others, were solitary.

On the first day of the curfew, imposed to avoid crowds of people during non-working hours and thus curb the increase in cases of coronavirus in the country, 1,436 people were arrested, according to the report by the National Police. Yesterday 639 of them were sent to the prosecutors’ offices of their demarcations and 58 businesses were also closed nationwide.