The center of Isaías would enter Dominican Republic between 12:00 and 4:00 in the afternoon through Punta Caucedo 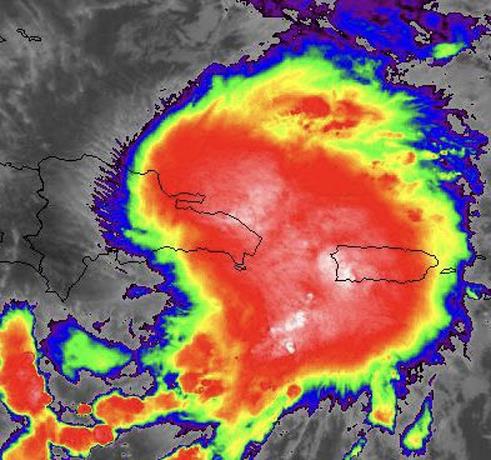 The tropical storm Isaías is strong in the eastern part of the national territory with a gust of wind above 95 kilometers per hour, as is the case of the Punta Cana area where it knocked down trees and power lines. Heavy rains have also occurred in the area of ​​the coastal plain of Miches, Sabana de la Mar, and Samaná.

However, the center of the storm would be entering between 12 noon to 4 in the afternoon between Punta Caucedo and San Pedro de Macorís, according to Emmanuel Álvarez of the National Meteorological Office (Onamet), who said he does not have an exact time.

The main brunt of the wind is going to be registered more to a certain area of ​​the east and northeast regions. The rains will cover much of the Dominican territory.

Emmanuel said the system is already interacting with the land and as it progresses the rains will increase and the gusts of wind will be felt.

While the director of the Emergency Operations Center (COE), General Juan Manuel Méndez called on the population not to neglect and follow the guidelines of the civil protection agencies.

The entire country and its coasts are on a tropical storm alert.