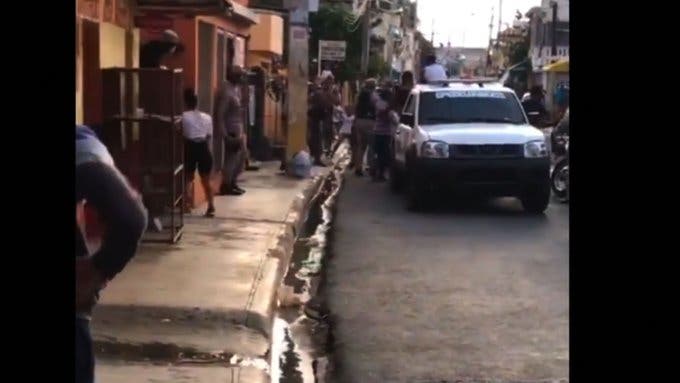 Citizens and police officers clashed yesterday when officers tried to arrest them for violating the curfew in the Maquiteria sector, Santo Domingo East.

In several videos circulating on social networks, they observe a large number of people on the streets drinking alcoholic beverages on the road at the time of the curfew.

Police officers can also be seen arresting some of the citizens and others attempting to assault the police officers to get them to release them.