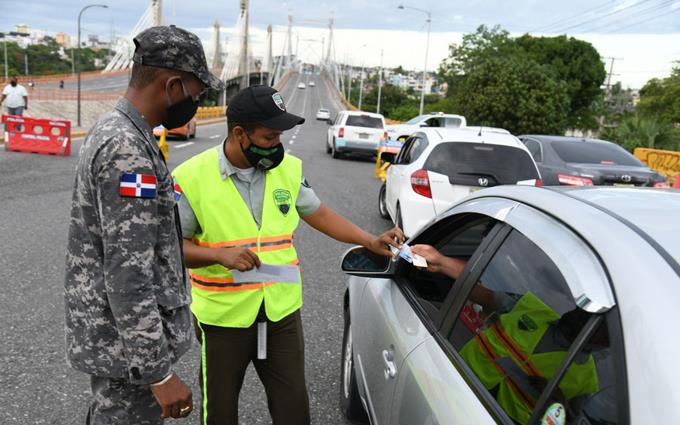 A total of 9,312 people have been detained for violating the curfew since July 21. ARTURO PÉREZ / LD

With the 20 days of the current curfew close to expiring, the imminent question that most citizens ask themselves is whether it will be extended once again by the Dominican authorities since the current State of Emergency still has little less than a month.

On Monday, July 20, the Dominican Government determined the establishment of a new curfew due to the increase in infections and deaths in the country due to the new Covid-19 coronavirus.

This government provision began on the night of Tuesday, July 21 with the particularity that the hours have been divided depending on the incidence of the virus in each demarcation.

Since then, and pending the arrests of last night, 9,312 people have been detained, while the videos on social networks show people in the neighborhoods violating the government’s disposition.

Last Saturday, members of the Armed Forces had to disrupt the apparent celebration of a birthday during the curfew, in the February 27 sector of the capital.

Around 5:30 in the afternoon, in a residence of the referred sector, members of the military corps realized that there was a party, and immediately proceeded to arrest the people who were there.

So far the authorities have not specified whether there will be an extension of the curfew that could last until Wednesday, September 2.

At the moment of promulgating the State of Emergency, the decree says that after 20 days, its extension or not of the restriction would be considered.