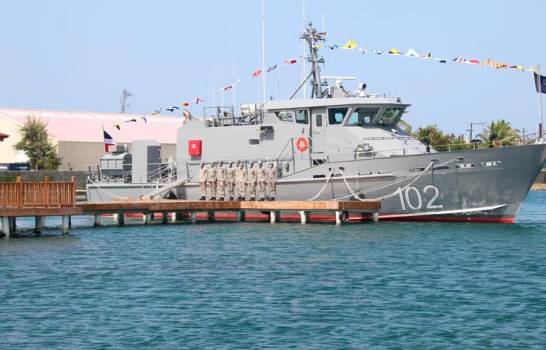 The Navy of the Dominican Republic added the coast guard “Betelgeuse GC-102” to its naval fleet, in an effort to carry out maritime security and drug interdiction operations to combat transnational criminal organizations.

According to a press release, the new surface unit is the first vessel donated by the regional program involving six countries in the area, sponsored by the Department of State and the United States Southern Command.

In reference to this cooperation, the United States Ambassador to the country, Robin S. Bernstein, said: “The United States Government is pleased to join forces with the Ministry of Defense of the Dominican Republic to face common challenges and contribute to the vision shared prosperity and security of the two countries.”

For his part, the General Commander of the Dominican Navy, Emilio Recio Segura, valued the donation as an important resource “that will strengthen and facilitate the conduct of naval operations against emerging threats within the national maritime coastline.”

In addition, they attended on behalf of the Embassy and the Southern Command of the United States Greg Johnson; Defense attaché; Jeff Garvey and the attaché of the Coast Guard and Chief of Naval Section of the Office of Naval Cooperation in Santo Domingo, Dan Slot.