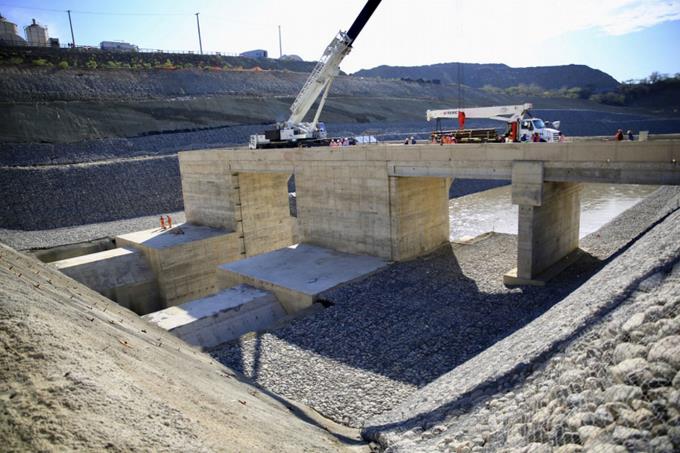 Monte Grande dam was not completed on schedule.

President Danilo Medina has eight days left to leave office. The president will leave some works and infrastructures unfinished where he gave the first proposal and promised to inaugurate them before the end of his term.

In the accountability speech on February 27, Medina said that before August 16, the Ministry of Public Works would inaugurate at least 95 works. However, many of them remained “in the air.”

The Monte Grande dam, the Baní and Azua ring road, the History Museum in the Plaza de la Cultura, the Cibao Interurban Terminal in conjunction with the Cable Car and the Los Alcarrizos Metro, are some of the works that President-elect Luis Abinader will have the challenge to continue. Two mega works

The head of state promised to deliver the Monte Grande Dam Multiple Project in the first quarter of this year.

The objective of the work is to regulate the pipes of the Yaque del Sur River and provide the region with a system of treatment and supply of drinking water, as well as provide a flood protection system in the basins of the aforementioned river.

In addition, it will have the capacity to store 350 million cubic meters of water, which will facilitate the supply to several communities in the Barahona, Independencia, and Bahoruco provinces, and will irrigate more than 700,000 tasks.

The surroundings of Lake Enriquillo will also benefit since it will no longer receive the large volumes of water that make it expand and flood its surroundings.

Likewise, it will provide clean energy to the national electricity generation and distribution system. In addition, in June 2018, President Medina gave the first nudge for the Bus Terminal that will be located on the Duarte Highway, at the entrance to the municipality of Los Alcarrizos.

The main priority at the Terminal was also to build another Cable Car line that would have five stations. And a new Line 2 of the Santo Domingo Metro was also in their plans.