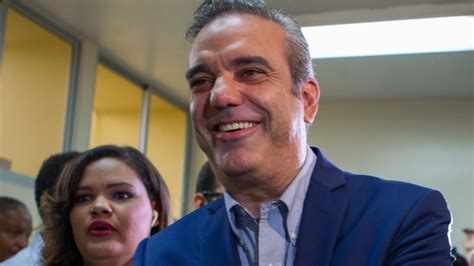 The only foreign presidents who have agreed to travel to the Dominican Republic amid the pandemic have been that of Honduras, Juan Orlando Hernández, Haiti, Jovenel Moise, and Guinea Bissau, Umaro Sissoco Embaló, who was the first dignitary to arrive on Dominican soil, on Friday.

Santo Domingo, Dominican Republic (EFE) .- The new Dominican president, Luis Abinader, will be inaugurated this Sunday in a ceremony reduced both in his apparatus and concerning the number of guests due to the coronavirus pandemic.

The economist and businessman, Luis Abinader Corona will be the 67th ruler of the Dominican Republic.

Only foreign delegations from eight countries, including three presidents, will attend Santo Domingo. Simultaneously, the United States will send Secretary of State Mike Pompeo, which is its highest level of representation in the inauguration of a Dominican president since 1978.

The only foreign presidents who have agreed to travel to the Dominican Republic during the pandemic have been Honduras, Juan Orlando Hernández, Haiti, Jovenel Moise, and Guinea Bissau, Umaro Sissoco Embaló, who was the first dignitary to arrive on Dominican soil, on Friday.

In addition to the United States, the delegations from three other countries will be headed by their foreign ministers: Spain, with Arancha González Laya, Guatemala, with Pedro Brolo, and Turkey, with Mevlüt Çavusoglu, while Serbia has sent its Minister of Labor.

Most foreign countries will be represented by their ambassadors in Santo Domingo to avoid travel at a time when the Dominican Republic is experiencing an upturn in infections, with nearly a thousand new cases daily.

Currently, the country is in a state of emergency and has a curfew in force due to COVID-19, which has caused 1,438 deaths and 85,545 infections.

The pandemic has also forced a reduction in the ceremony program and the number of attendees in the National Congress, where Abinader will swear in office and deliver a speech.

With the argument of COVID-19, the outgoing president, Danilo Medina, has announced that he will only participate in the delivery of the presidential sash to Abinader. Then he will withdraw from the administrative headquarters, without hearing the speech of his successor and political rival.

Among the acts that have been eliminated from the ceremonial are the traditional military parade and the gala dinner. However, the ministers’ swearing-in at the National Palace, lunch for foreign dignitaries, and mass have been maintained.

All those attending the inauguration will have to wear a mask, which is mandatory in the country, and the white suit that is traditional in this type of ceremony in several Caribbean countries.

Secretary Pompeo will meet, separately, with both the outgoing president and Abinader, to underline the United States’ historic good relationship with the Dominican Republic, one of its main allies.

According to information from the US Secretary of State, Pompeo will discuss with Abinder how transparency, democracy, and security can be promoted in the region and the challenge of recovering the economy after the setback caused by the confinement.

Pompeo will also use the occasion to discuss with the president of Haiti the need to schedule the legislative elections that should have taken place last October and were postponed due to the protests that shook the country for three months.

Likewise, he will hold a meeting with the Turkish Foreign Minister, of which the issues to be discussed have not transcended.

THE GOVERNMENT OF ABINADER

The Dominican Republic’s president-elect has appointed 21 of the 22 future ministers, including 18 men and three women.

The cabinet comprises several well-known business people and prominent leaders of the Modern Revolutionary Party (PRM), a political formation of social-democratic origin, but which has proposals closer to liberalism on specific economic issues.

The PRM was founded in 2014 after splitting from the Dominican Revolutionary Party (PRD), which was in power last time between 2000 and 2004. EFE