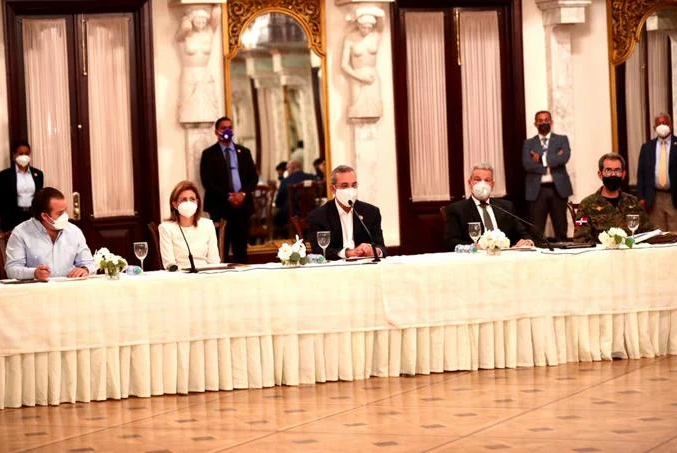 President Luis Abinader headed this Thursday night a meeting with the National Emergency Commission (CNE), given the possibility that this weekend depression 13, a possible storm Laura, will touch the national territory.

Abinader ordered relief agencies to be vigilant and prepared to face any emergency that may arise during the passage of the natural phenomenon.

According to the director of Meteorology, Gloria Ceballos, the atmospheric phenomenon would be happening on Saturday night and early Sunday morning, in the north of the national territory.

Also, Juan Manuel Méndez, director of the Emergency Operations Center (COE), said that they are prepared to face the hitherto tropical depression.

He explained that institutions such as the Economic Canteens, the Social Plan of the Presidency, Public Works, the National Housing Institute (Invi), the Armed Forces, the Civil Defense and the Dominican Navy, are ready to help families who are could be affected.

Additionally, the directors of the Metropolitan Office of Bus Services (OMSA), Radhamés González, and the Santo Domingo Aqueduct and Sewerage Corporation (CAASD), Felipe Antonio Suberví, as well as the person in charge of the Emergency Committee of the Marcos Evangelista National Palace Mendez also attended.