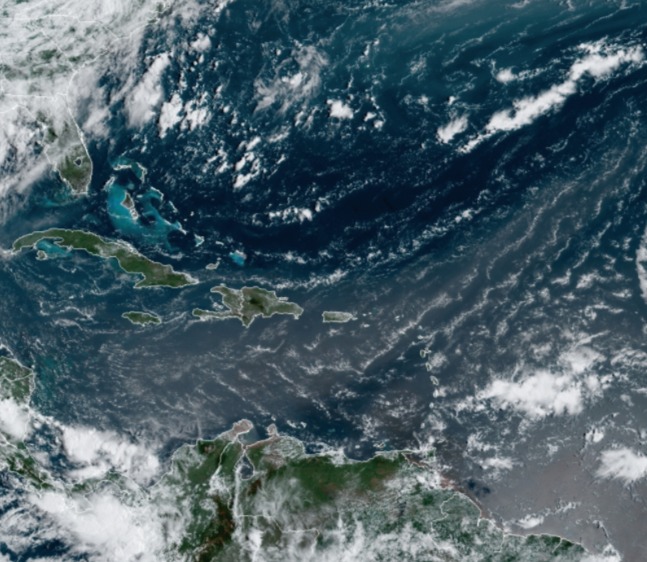 A lot of Sahara dust over the island today

Santo Domingo.- The National Meteorology Office (ONAMET) reported today that good weather will persist in the climatic conditions in which scattered clouds and hazy skies due to the presence of dust from the Sahara will prevail.

However, the agency indicated that due to the local effects of diurnal and orographic warming, isolated showers will occur in the afternoon with possible thunderstorms, mainly over the Northeast, Southeast, central mountain range, and the border area.

Onamet forecasts for this Sunday indicate a tropical wave will be approaching in combination with a trough, both will favor the cloud concentrations in the afternoon that will cause scattered downpours with thunderstorms and occasional gusts of wind, especially over the North, Northeast regions, Southeast, Central Cordillera, and the border area.

On a broader scope, the office is tracking two areas of downpours and electrical storms associated with two tropical waves, the first one located about 1,080 km east of the windward island, Lesser Antilles, with a potential of 20% to become a tropical cyclone in the next 48 hours and the second another tropical wave located over the southwest Atlantic Ocean just west of the island of Cape Verde.