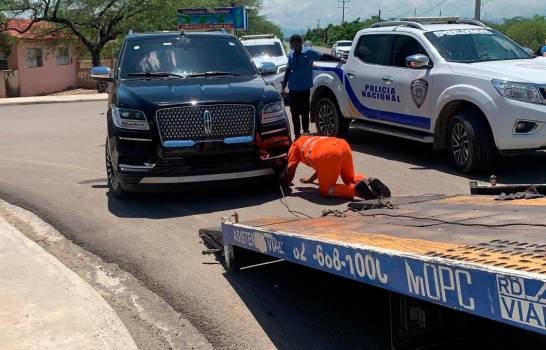 A worker assisting in the incident. (EXTERNAL SOURCE) 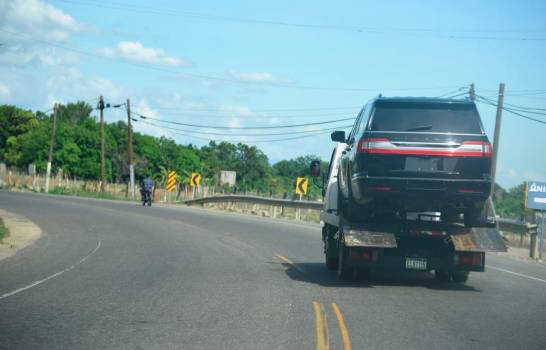 Two tires of the vehicle in which the President of the Republic, Luis Abinader, was transported, were punctured on the way from Manzanillo to Montecristi, the Office of Information and Press of the Presidency reported this Sunday.

It was announced that none of the occupants of the SUV, a black Lincoln Navigator, in which the president was traveling was affected.

“The trip to Monte Cristi was made without major difficulties, allowing the president and his entourage to successfully finish their visit to this province on the northwest line,” he argues. 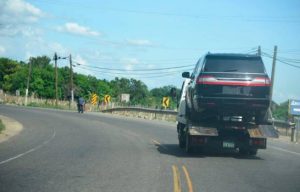 The vehicle being carried on a Ministry of Public Works vehicle. ( DIARIO LIBRE / ANEUDY TAVÁREZ )

The press information specified that they publicize the event as part of the policy of transparency and permanent contact with the media announced by President Abinader: “With the purpose of correctly informing the public,” the note highlights.

This Sunday the head of state traveled along the northwest line where he announced a “master development plan” for that area that includes the expansion of the port of Manzanillo and construction of an industrial complex.