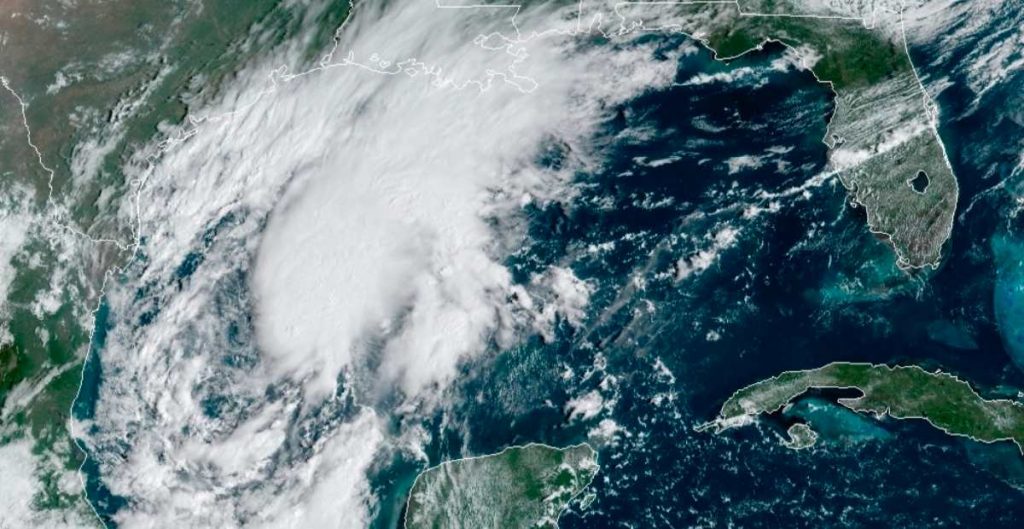 Tropical Storm Beta moves slowly across the Gulf of Mexico toward the southern coast of the United States this Saturday, making landfall as a hurricane next week. Simultaneously, Hurricane Teddy, Category 3, threatens Bermuda, according to the National Center for Hurricanes (NHC).

The federal agency issued tropical storm, hurricane, and storm surge alerts this Saturday for Louisiana and Texas, where Beta could make landfall.

Beta began a westward turn today, according to the most recent NHC bulletin, which placed it about 305 miles (495 km) east southeast of Corpus Christi, Texas, and about 245 miles (395 km) south of Lake Charles (Louisiana).

Meanwhile, Hurricane Teddy is about 560 miles (900 km) southeast of Bermuda, where it will carry tropical storm conditions Sunday night.

Forecasters noted that the hurricane will pass through eastern Bermuda on Sunday or Monday and will gradually weaken.

Likewise, it is expected to cause large swells that can cause severe currents that will affect northeast South America and the east coast of the United States during the weekend.

Teddy is a Category 3 hurricane on the Saffir-Simpson scale, out of 5, with maximum sustained winds of 120 miles per hour (195 km/h) and is heading northwest about 14 miles per hour (22 km/h).

For its part, the harmless Tropical Storm Wilfred is located about 960 miles (1,540 km) west of Cape Verde, and about 1,555 miles (2,505 km) east of the Lesser Antilles and is moving west-northwest across the Atlantic tropical at 14 miles per hour (22 km/h).

It has maximum sustained winds of 40 miles per hour (65 km/h) and is expected to weaken on Monday.

This weekend’s cyclonic activity looks a bit calmer after the 21 names of tropical storms were exhausted on Friday. The Greek alphabet had to be used, with the formation of three in a few hours, Wilfred, Alpha, and Beta.

Alfa has already gone down in history after training near Portugal and moving to Spain.

With more than two months to go until the end of the hurricane season, only two named storms remain of the US authorities’ total of 25.