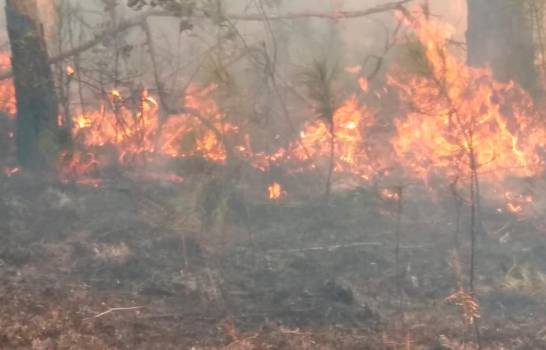 BARAHONA, RD.- An intense fire has been active since this Friday night in the Sierra de Bahoruco, rapidly destroying the forests of La Jo hill, in the municipality of Polo.

The forest fire can be seen from afar, due to the expansive flames and smoke screens covering most of the area.

Units of the National Army of the Fifth Infantry Brigade of Barahona continue to fight against the flames, collaborating with personnel from other institutions and dozens of volunteers.

In the next few hours, It er Fire Fighting Units and helicopters from the Dominican Republic Air Force will join the extinction efforts to continue fighting against the flames that devour everything in their path.

Until the early hours of the night of this Saturday, no victims had been reported from the fire.