People demand closure of the bottling plant that left 11 dead, and they are willing to die in the fight 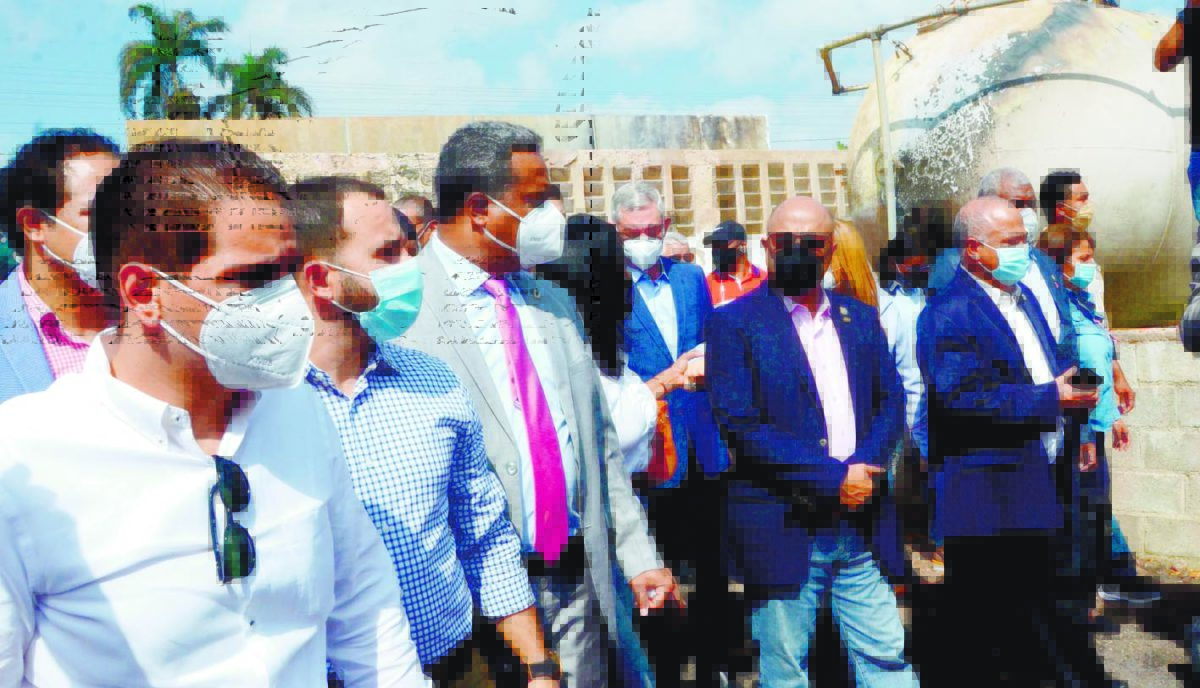 The president of the Chamber of Deputies Alfredo Pacheco headed the commission of deputies in the visit of those affected by the exploration of the gas plant in Licey al Madio. Today / Wilson Aracena

In the Monte Adentro community, in the municipality of Licey al Medio, people are crying out for the definitive closure of the Coopegas liquefied petroleum gas bottling plant, where 11 people died, some were members of a single-family.

The residents are willing to give their lives if necessary to prevent the plant from being put into operation again.

With that attitude, the people once again expressed their impotence and discomfort over the tragedy to the Chamber of Deputies’ commission, headed by its president, Alfredo Pacheco, which made a decrease in the affected areas yesterday morning and he promised to take the needed corrective measures.

The tragedy, which occurred last Saturday, October 3, has left mourning and pain in the families and neighbors of the victims and a sequel of psychological trauma and other collateral damage that refuses to disappear from the memory of the people.

“We demand the definitive closure of this gas plant, it is a sequel to psychological damage, families who were lost, children who were orphans, it is a drama that cannot be narrated,” said the president of the Neighborhood Council, Gilberto López.

López expressed to the legislators his concern about the lack of evacuation of a report of the events by the Ministry of Industry and Commerce authorities, the firefighters, the Environment, the National Police, the Provincial Government, and others who made the lifting of damages.

“We have our doubts because certain interests merely give money wherever it wants to create influence,” said the community leader, after reminding the deputies that the Constitution enshrines the right to life, human dignity, and security of families.

“We do not want that gas plant here, and we are going to fight with our lives, so that does not happen; if not, the death of my parents was in vain,” said Karina Reyes, who in addition to her parents, also lost other relatives and friends.

The lady trusted that the report will be released as quickly as possible, “transparently and impartially,” she said. She expressed signs of pain when she learned that not even the house was left to remember her parents, who died in the incident.

Modify the law. After listening to relatives and residents of Licey al Medio, where the tragedy occurred, Pacheco said that next week he would know the measures that they will recommend to the Ministry of Industry and Commerce. If it is necessary to modify the law, they will do so to prevent those kinds of tragedies from continuing to occur.

He explained that there are at least three unfortunate tragedies with the explosion of propane gas plants in the country, which he attributed to the disorder in the handling of operating permits.
He reported that the Chamber of Deputies formed a special commission in this regard.