Storm warning in the Caribbean; Hurricane Epsilon leaves swells to the north 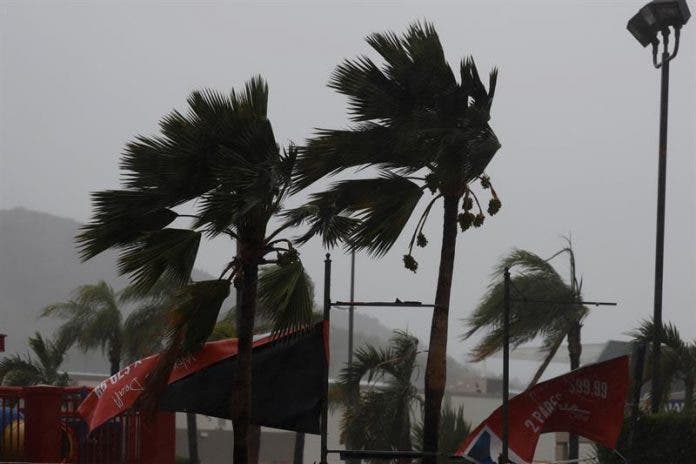 Miami (USA) – A sizeable low-pressure area southwest of Grand Cayman Island has a 90% chance of becoming a storm within 48 hours in the Caribbean, while Hurricane Epsilon, already far from the northeastern-bound Bermuda Islands, produces “high currents” along the North Atlantic coast.

According to the U.S. National Hurricane Center (NHC), Epsilon is expected to continue moving northeast with a rapid increase in travel speed tonight, continuing into the early hours of next week.

The observatory indicates that the strong swell produced by Epsilon will affect the Bahamas, the Greater Antilles, the Leeward Islands, and the east coast of the U.S. and Canada over the next few days, favoring surfers.

In the Caribbean, a broad low-pressure area located southwest of Grand Cayman Island could turn into a tropical depression in the next few hours, according to the NHC, which is based in Miami.

This system could move near Cuba’s west on Monday and across the southeastern Gulf of Mexico, “slowly,” on Tuesday.

The Florida Keys and the Yucatan Peninsula should monitor the progress of this disturbance, the observatory said.

A hurricane reconnaissance plane has been scheduled to fly into the area to investigate the disturbance this afternoon, the NHC said.

With Epsilon, which is currently a category 1 on the Saffir-Simpson hurricane scale, ten hurricanes formed this season, the largest being Laura, which made landfall in Louisiana in late August caused at least 77 deaths and $14.1 billion in damage along its path.

The previous hurricane to Epsilon, Delta, also made landfall in Louisiana, in this case, on October 9.

This Atlantic hurricane season, which officially ends on November 30th, is the second most active since records began. Only in the 2005 season, more storms and hurricanes were recorded.

Epsilon is the name of a letter in the Greek alphabet. Greek letters are used to designate storms and hurricanes when the list of 21 names that the International Meteorological Organization prepares for each hurricane season is exhausted.

In 2005, the year of the powerful hurricanes Katrina and Wilma, there was a storm called Epsilon that year as well.