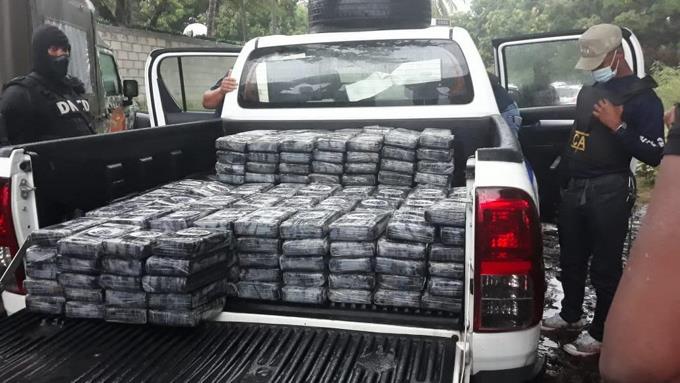 Agents from the National Drug Control Directorate (DCD) and a team of prosecutors from the Peravia province seized 362 packages of cocaine on Tuesday night, in an operation where they also detained two Colombians.

The detainees transported the drugs in a boat that entered Baní through the well-known Sabana Uvero beach, located in Paya’s community, in the country’s southern region, about 60 kilometers from the capital city.

The drug’s authenticity was reportedly confirmed by applying an infrared device, which was used by the work team that carried out the operation.

An outboard motor with a propeller and another spare, a briefcase with two GPS, radio and 14 plastic fuel jugs, a beach cooler, a vacuum cleaner, a battery, and a toolbox also were found on the boat, according to reports.

The intelligence bodies of the DNCD, the National Police, and other intelligence agencies are pursuing other alleged members of the gang who have participated in the illicit action.

The drug was sent to the Institute of Forensic Sciences in Santo Domingo for the corresponding purposes.