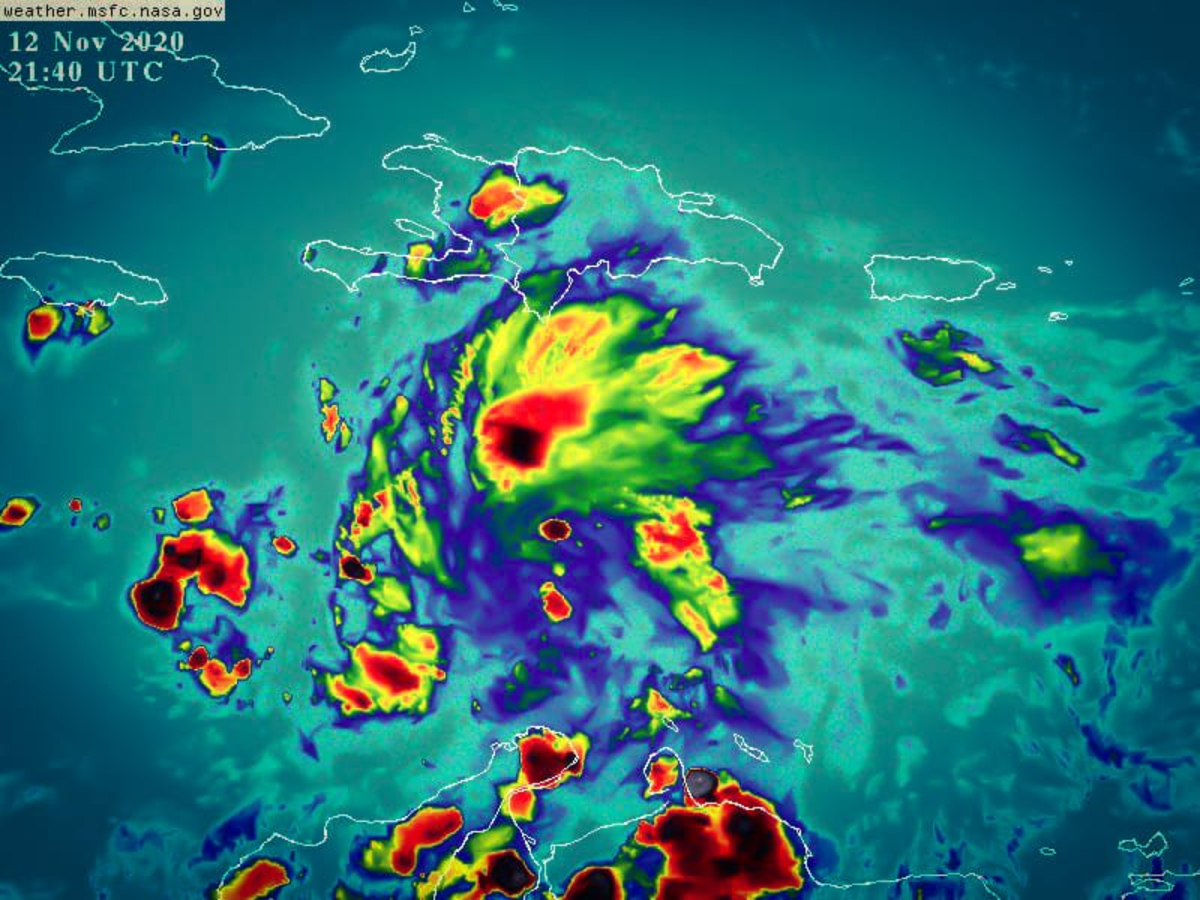 The National Office of Meteorology (ONAMET), informed today that the active tropical wave located in the waters of the Caribbean Sea to the southwest of Haiti and that it is moving away, has a potential of 90% to become a tropical cyclone in the next 48 hours.

Onamet indicated that during the day, scattered rains will continue to occur with isolated thunderstorms and wind gusts towards the Caribbean coast, south/southwest, northeast points, and the Central mountain range. A gradual decrease is noted in the other regions of the country.

Due to a decrease in rainfall, Onamet modified the meteorological warnings and discontinued the alert for 10 provinces for possible urban and/or sudden flooding, landslides, as well as, possible overflowing of rivers, streams, and ravines for the following provinces ( See table ).

Also for this weekend, precipitation will be less frequent in a great part of the national geography. We only foresee local showers and possible thunderstorms on the southern/southwestern Caribbean coast, northeastern points, and the Cordillera Central.