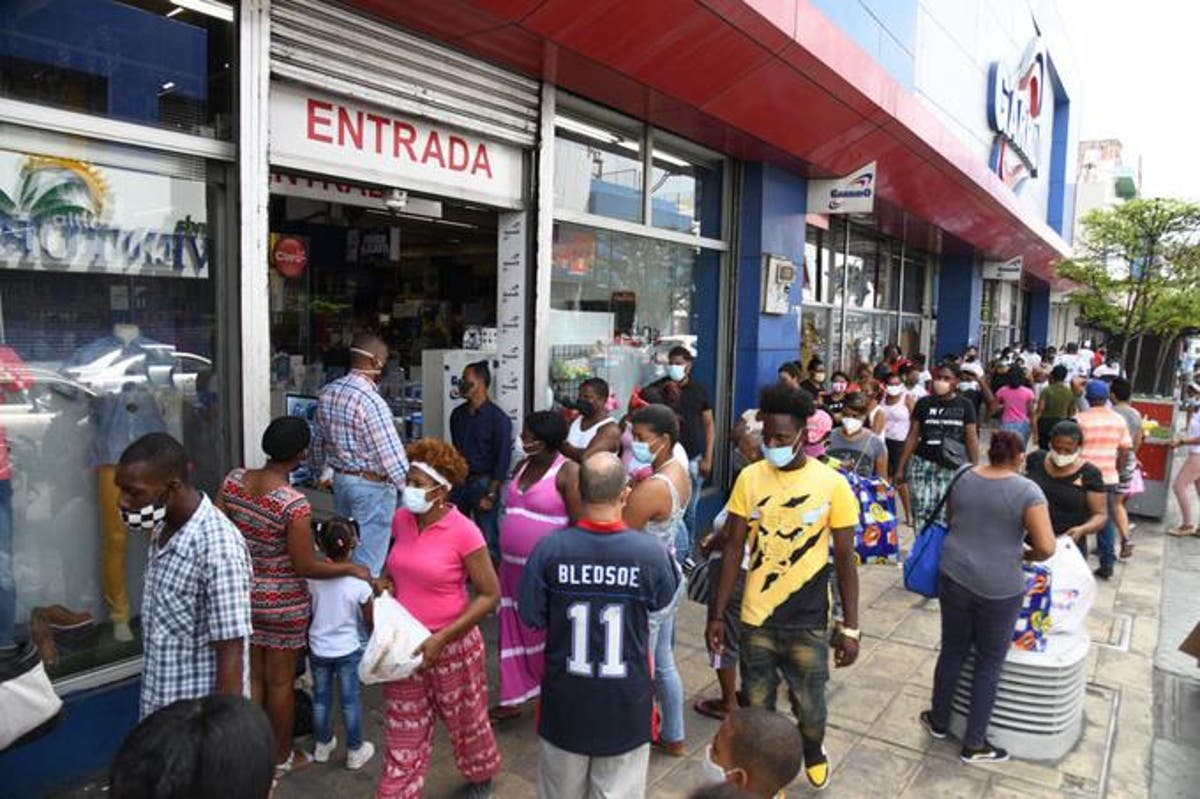 The measures adopted by the Central Bank shortly after President Abinader, who will turn 100 days on Monday, have helped to soften Dominicans’ gloomy spirit after the COVID-19 pandemic and to project a better future for the economy.

Abinader made a bet whose results can be seen three months after taking office, in favor of Governor Héctor Valdez Albizu remaining in the position, which he has held in recent governments since the ten years of Dr. Balaguer, except in that of Mejía.

The confidence of the private sector of the investment sectors in tourism and the population that possibly believes that in other circumstances, it would have been worse as in the four years of 2000-2004 when several banks failed due to lack of supervision.

Valdez Albizu, who began secondary studies at La Normal Juan Pablo Duarte in 1960 and finished them at the Evangelical College, has directed the BC for 22 years. He is the second governor with the most extended term since Diógenes Fernández (13 years) from 1954 to 1967. He graduated as an economist from the UASD.

The governor began his career in the BC in 1970, so he has spent more than half his life linked to the entity that monitors the Dominican peso’s financial health and strength, which has remained even during the pandemic well positioned. One of President Abinader made with the confirmed governor’s advice was the need to revitalize the economy, hit like never before since the 1965 revolution, especially from the poor and small entrepreneurs.

Hence, several programs were designed to boost credit to the most vulnerable, provide financing institutions with the resources to offer customers, and alleviate the demands of banks on the debts of their affiliates.

Valdez Albizu advocated during the previous government, when the economy reached extraordinary growth, that this wealth “spillover” to the middle class and the most vulnerable sectors. His demand did not find much echo in other institutions.

Improving economy
In the speech given by Governor Valdez Albizu on the occasion of the seventy-third anniversary of the creation of the BCRD, Valdez Albizu presented the leading indicators on the performance of the economy during the current year and the outlook for 2021.

He said that due to the pandemic, a large part of the world had entered a recession with its consequences of damage to health, production, employment, tourism, education, culture, and practically all activities and sectors that intervene in the economy.

Remember that after the muscular contraction of the economy in the first months of this year, the International Monetary Fund, IMF, moderated its forecast for the world economy’s performance for 2020, from 4.9% in June to 4.4% in October.

Valdez Albizu affirms in the report that in line with the expansionary measures taken by the world’s central banks, the Dominican designed and has implemented the broadest monetary stimulus plan in the entire Central American and Caribbean region. “In this way, the BC has directed its efforts to provide liquidity to the financial system, to guarantee the flow of credit to the productive sectors under more favorable terms and interest rates, particularly for micro, small and medium-sized enterprises, trying to preserve jobs and protect the income of the most vulnerable households during the health crisis,” says the governor. In this sense, he recalls that RD $ 190 billion was made available to financial intermediation entities (more than 4% of Gross Domestic Product, GDP). RD $ 130 billion was released from the legal reserve for financing strategic sectors through the ease of quick liquidity. The latter allows the restructuring of loans for debtors who have been affected by the temporary closure of activities, with lower interest rates and longer-term.

He said that more than 50 thousand beneficiaries had been protected with these facilities that totaled RD $ 130 billion available, of which RD $ 123 billion have been disbursed, equivalent to 95% of the total.

In addition to the measures above, the BC negotiated with the IMF the disbursement of some 650 million dollars through the Rapid Financing program, an instrument that the international organization made available to the countries in the current situation.

Recently, in its report on the economy, the Bank of America affirms that “having shown a rapid economic recovery, the Dominican Republic maintains a favorable position that does not require the subscription of a program with the IMF to finance itself.”

Low-interest rate
Considering the measures mentioned in his report to be extremely successful, Governor Valdez Albizu, in terms of easing monetary conditions, points out that since the first decisions were taken, there has been a decrease of more than 300 points basis in the weighted average of the lending rate of commercial banks.

This allowed it to go from 13.28% in March to 9.95% in September and net loans to the private sector in national currency, which grew 10.4% year-on-year, one of the highest in Latin America.

Valdez Albizu attributes to temporary pressures the price increases in the products of the basic basket mentioned by the media but recalls that the accumulated inflation during the nine months of 2020 was 3.74%.

The governor of the Central Bank observes a sustained trend towards the recovery of economic activity since the preliminary figures available reflect that the monthly indicator of economic activity (IMAE) registered a year-on-year variation of -5.6% in September, a substantial improvement of 24.2 points percentage compared to the -29.8 observed when the economy bottomed out in April.