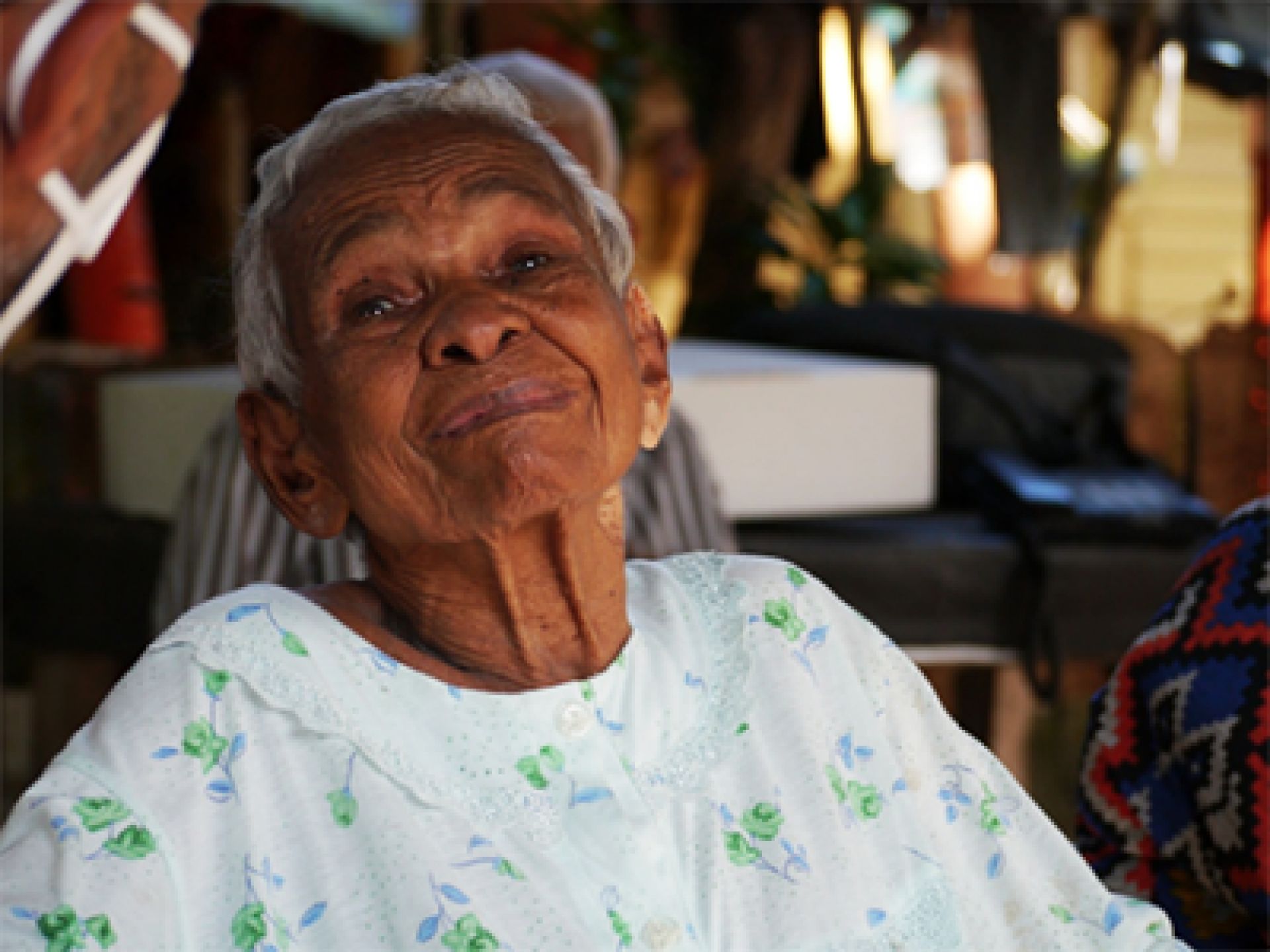 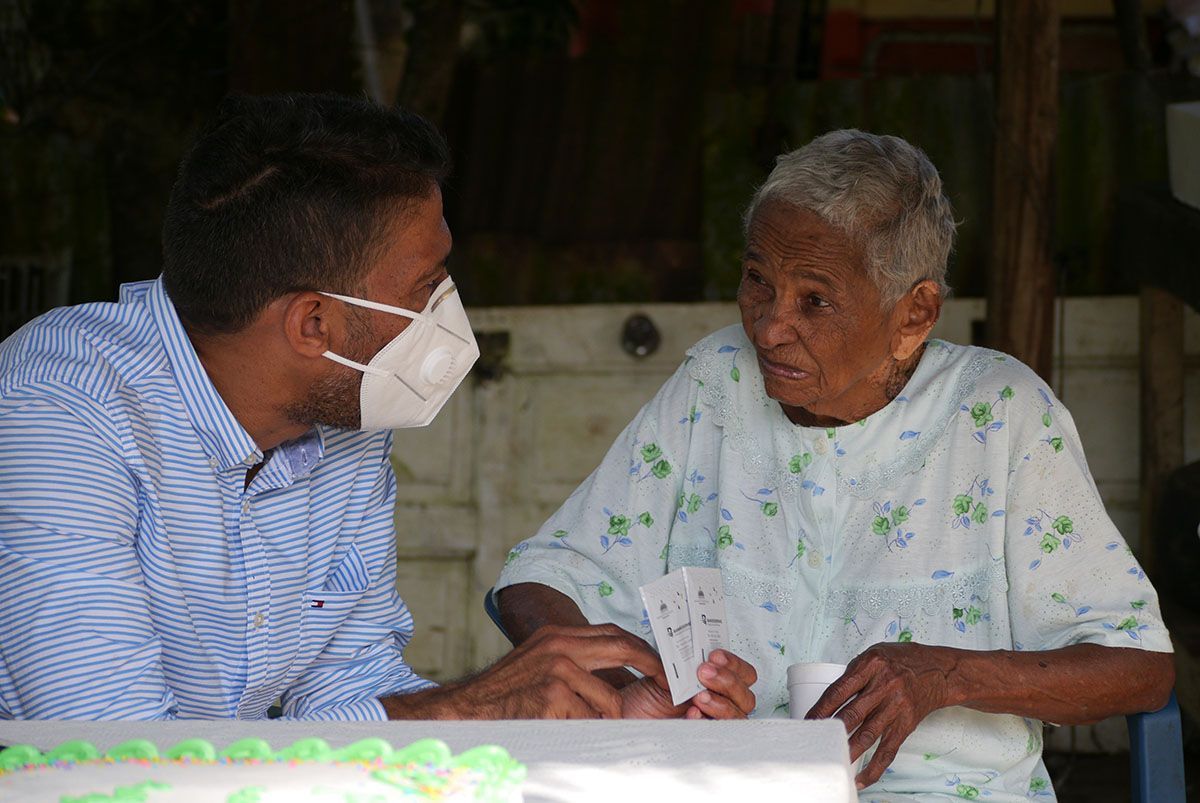 Despite her impressive one and nearly a quarter-century age, which her identity and electoral card confirm, Doña Natividad is very active. The energy and encouragement shown by this longevity are impressive. She gets up from a chair with impetus, walks quickly, and turns over on a bed with agility while dancing to the rhythm of bachata and even reggaeton.

Also, she speaks with character and laughs heartily. She sings Christian hymns with a strong and clear tone. Her memory sometimes fails her, but she relates her experiences of the early years coherently, when, as she says, “she worked the land like a man.”

Doña Natividad comes from a family of longevity, whose members have been centenarians since her brothers died between 106 and 116 years old. She still has two brothers who have more than a century of life like her. 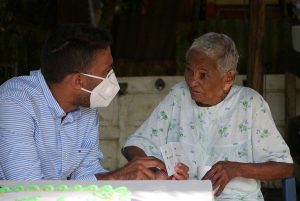 With sponge cake, soft drinks and sweets in his hands, Councilman López moved to the remote community of El Reventón belonging to the Municipal District of La Victoria, some twelve kilometers from Villa Mella, where Doña Natividad Martínez de la Cruz lives in a modest wooden house with a zinc roof, together with her daughter Cipriana, surrounded by grandchildren, who received the surprise, since they were not expecting this gift.

José Manuel López explained that this is the second time he has visited the long-lived house to celebrate her birthday. The councilman presented several of the Christmas Bonus cards, as part of the President of the Republic Luis Abinader’s program.

In the photographs and videos sent to this media, Doña Natividad is not seen wearing a mask, although the councilman and some guests are.