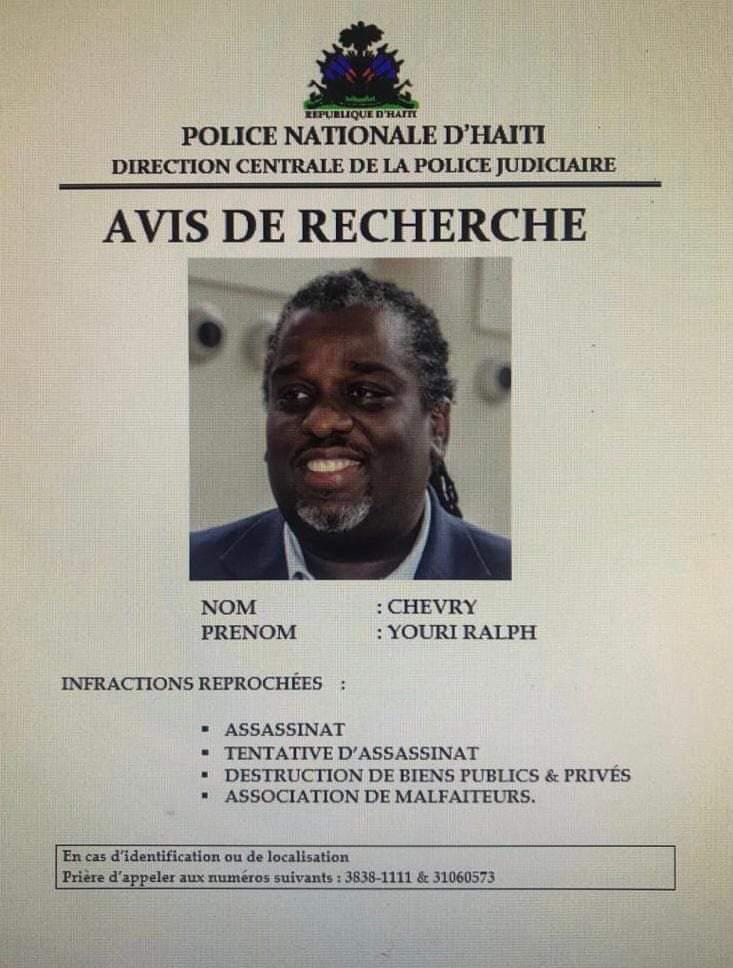 Dajabón – Members of the General Directorate of Migration and intelligence agencies captured the former mayor of Port-au-Prince, who was wanted by his country’s authorities.

The detainee is Youri Chevry, who, according to an order and posters circulated by the authorities of his country, is accused of being part of the Fantom 509 movement, Haitian 24, which is trying to overthrow President Jovenel Moise.

It was reported that a commission of the central delegation of the Haitian police would arrive this afternoon at the border bridge between the cities of Juana Mendez and Dajabon, where the detainee will be handed over to them.
Last weekend, the immigration control authorities arrested in this city Luc Jhon who was also wanted with an international alert order issued by his territory’s authorities.

According to journalist reports, fourteen other persons were detained in the restoration zone of this province and tried to enter the country’s territory to avoid the persecution initiated against them in Haiti.