Haitians return to their country after border operation 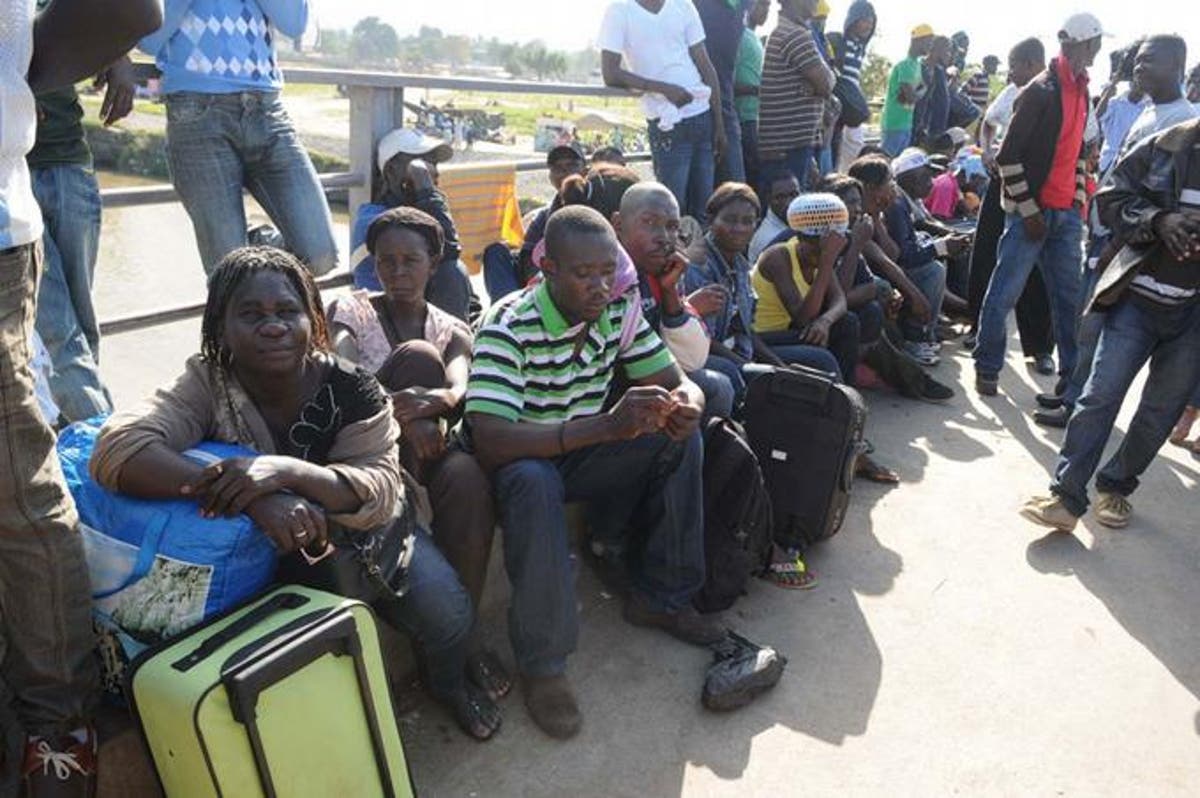 Military stationed in the area told Listín reporters that security at the border is guaranteed. / AP

Haitians residing in towns of the Northwest line, near the Northern Dominican border, are beginning to leave the country voluntarily due to the Army’s operations and the Specialized Corps for Land Border Security (Cesfront).

These agencies reported that this year, at least 40,000 Haitians have been apprehended and returned to their country, in coordination with the Migration Directorate, when attempting to enter Dominican territory.

“I am not doing anything here, the day you least expect it, they will arrest me and repatriate me; with what I have saved, I am going to buy a little motor, and I am going to dedicate myself to the moto concho,” expressed George Calín, who worked illegally on a banana farm in Mao, in Valverde province.

Last Friday, the commander of the Dominican Army, Major General Julio Ernesto Florian Pérez, said in Dajabón that the actions on the border had been reinforced by order of the Minister of Defense, Lieutenant General Carlos Luciano Díaz Morfa, following the instructions of President Luis Abinader.

Purpose of the operations

He said that these actions seek to contain the transfer of undocumented immigrants and other illegal acts on the border.

Regarding illegal Haitians working on farms and construction sites in the area, the military high command assured that due to the Covid-19 pandemic, they were given a temporary grace, but that their employers must begin to regulate their migratory status in coordination with the Migration Directorate and other agencies.

The kidnappings of Dominicans are frequent in Haiti, and various sectors of the neighboring country say that this is not convenient because it affects the relations between the two Caribbean nations.

In this regard, Jut Bernard Felix, leader of the Evangelical Church of Juana Mendez (Haiti), said that this is one of the most severe problems that the authorities of his country have to solve.

“We hope that the Haitian government resolves this because it is unacceptable and tourists do not want to visit Haiti,” he emphasized.

On his side, Jean Morfe, a Haitian businessman, said that the kidnappings of Dominicans are affecting the commercial exchange of both countries.

“Haitians are afraid to cross into the Dominican Republic for fear of reprisals, and Dominicans do not want to enter our country because they fear being kidnapped, and this affects the trade of the two nations,” he said.

By air and land

Air and land units guard the border zone as part of the military reinforcement, Army and Cesfront sources informed the Listín yesterday.

From a criminal legal point of view, kidnapping is understood as the seizure and retention of a person to demand a ransom in money or in-kind and is used as a synonym of plagiarism.”

Abductees are often mistreated and killed. If payment is made for the release of the kidnapped person, the family member who paid the ransom is kidnapped.