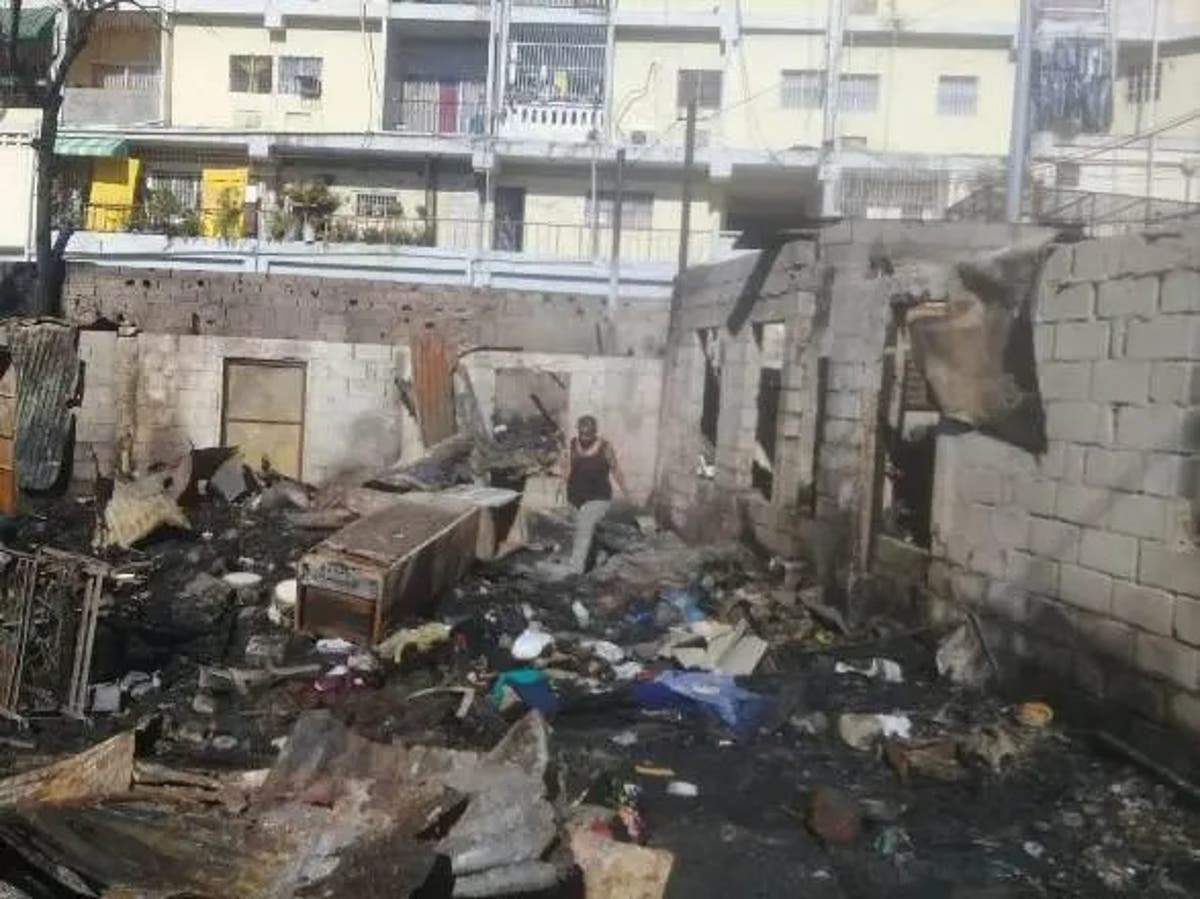 At least 30 families residing in Pueblo Nuevo de Villa Duarte, in Santo Domingo East, were affected by a fire that occurred this Monday.

«There are around 30 families affected, we have about 18 children, we only heard the voice of my mother who said that something was burning, when we heard her voice we left, and we had no time to get anything out, only to save our lives with what we have on and with us,” said one of those affected.

There were no fatalities from the accident, but there were material losses.

Bella Méndez Cuevas, one of those affected, lamenting that everything was reduced to ashes, said that “we could only save the lives of our children.”

So far, the causes of the fire are unknown.

The only thing that the 19 families living in Pueblo Nuevo de Villa Duarte have is hunger, after being affected yesterday by a large fire that burned their houses.

The resident and victim of the accident, Martin Molinuevo, indicated that yesterday the Government sent a truck with food at two in the afternoon and did not receive any help again.

Molinuevo said that the 24 children and their parents remain hungry this Tuesday because, so far, they have not received any donation. He explained that they built a zinc shack in an area of ​​the burned space to spend the night. They slept on the floor.

Like Molinuevo, the other fire victims said they hope that President Abinader or a mourner will donate food and some clothes as other neighbors accompany the Santo Domingo Este City Hall to collect debris.