Disarmament of the population has been dysfunctional in anti-crime plans 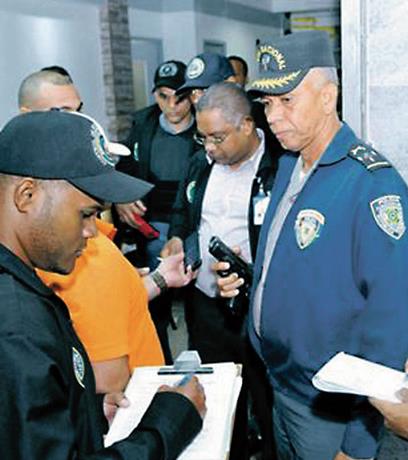 Disarming the population has been in most security plans, but to no avail. FILE

Luis Abinader announced yesterday a plan to disarm the population as of April 6.

President Luis Abinader presented the first phase of his Citizen Security Plan, with which he promises to lower the crime rate in the country.

The main factor of that first phase announced will be implementing a plan to disarm the population starting on April 6 of this year, with a program to buy back illegal weapons in civilian hands to reduce deaths and violence.

To this end, it establishes a plan of incentives, both economic and coupons, to exchange weapons in commercial establishments and other places.

The current head of state’s intention seems to be to remove as many firearms as possible from the civilian population and thus reduce armed crimes; however, this strategy has not worked in the past governments.

Leonel in 1996
During his first term, Leonel Fernandez and the then Secretary of Interior and Police, Norge Botello, embarked on disarming the civilian population with the idea of reducing assaults and robberies.

According to media publications of that time, among them, the evening newspaper Última Hora, between 1997 and the year 2000, several plans were made to recover as many weapons as possible.

Since then, all the presidents have applied and failed with this strategy, while with the passing of the years the issue of citizen safety seems to be “the never-ending problem.”

Hipólito in 2000
The next to try was Hipólito Mejía, who, although he never implemented a citizen security plan per se, did promise to confront crime and guaranteed peace in the country.

“I will pay particular attention to the institutionalization of our Armed Forces and the National Police as guarantors of sovereignty, public order, and citizen security,” was what the president decreed on that occasion.

Barrio Seguro in 2005
Leonel Fernandez, who followed him in the exercise of power, returned, declaring as a national priority the execution of the Citizen Security Plan, which had among its objectives the prevention, prevention, and minimization of crimes and a reform of the National Police.

For the activation of this plan, a loan was arranged to purchase motorized units for the National Polic and computers and scientific laboratories.

The main component was the Barrio Seguro program, launched in August 2005, starting with the intervention in the Capotillo neighborhood and later extended to other marginalized sectors in the northern part of the National District, Santiago, San Cristóbal, and Higüey.

This involved 2,000 agents and officers training to work in the sectors to prevent crime and coordinate with community leaders and social organizations.

Danilo also
In March 2013, then-President Danilo Medina presented his citizen security plan, which was dubbed “Vivir Tranquilo,” to tackle crime and bring security to the neighborhoods. That plan included a reform of the National Police, a plan for the registration and control of firearms, the installation of 2,000 surveillance cameras, the creation of a technological system to process the information on criminality, and the incorporation of 12,000 agents in the four years of operation.

Military.
Later, in 2016, in his second term, Medina’s government re-launched another plan with similar objectives and even with the same name, which encompassed sending 12,000 military personnel to patrol alongside police officers.