Caution: Rainy Easter Sunday due to frontal system and trough 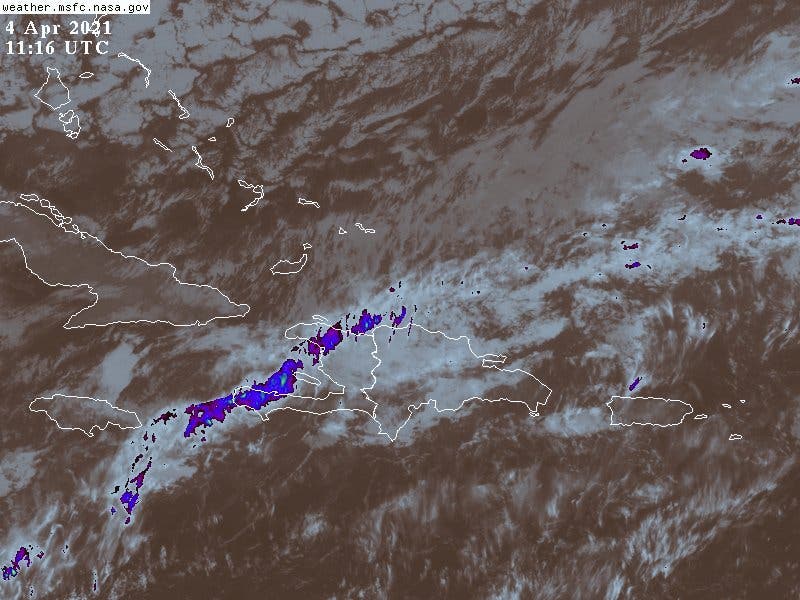 On this Easter Sunday, the National Meteorology Office (ONAMET) reported an almost stationary frontal system located over the northern portion and a trough over the central part of the country. Both systems present a cloudy to partially-cloudy sky followed by moderate to strong downpours, thunderstorms, and occasional gusts of wind in much of the Dominican territory, being notorious as the hours of the day advance.

ONAMET adds that this activity in the afternoon will be more frequent towards the north, southeast regions (including Greater Santo Domingo), and the Central Mountain Range.

For tomorrow, Monday, humidity, and instability will remain due to the presence of the frontal system between the central portions and their orientation. We foresee the continuity of cloudiness and generalized downpours of moderate to strong intensities, electrical storms, and wind gusts mainly towards localities of the regions: north, northeast, southeast, southwest, and the Central Mountain Range.

The waves have become abnormally high and rough again on the Atlantic coast. Therefore, fragile, small, and medium-sized vessels are recommended to stay in port. In beach areas, bathers and other users must abide by the guidelines established by civil protection organizations and be very cautious of undertows and riptides.

Due to these conditions, the Puerto Plata, Valverde, Santiago Rodríguez, Espaillat, and Santiago provinces are on green alert.

5,300-year-old set of remains was discovered in Samaná