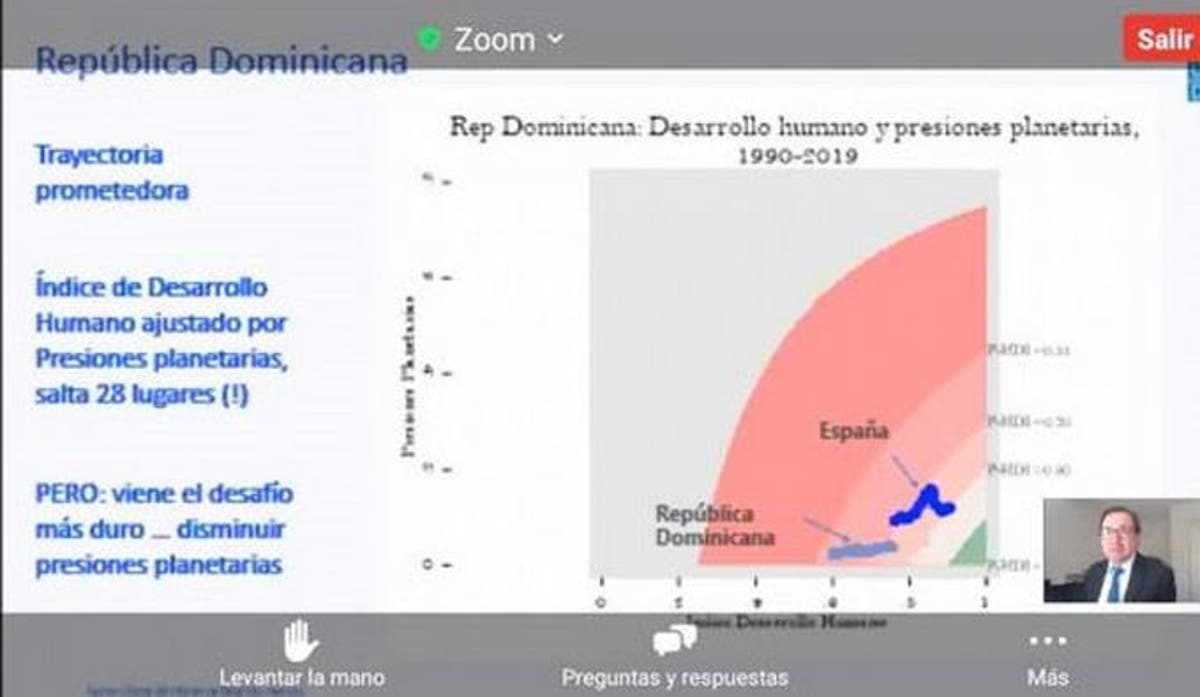 In the HDI Global 2020 report “The Next Frontier: Human Development and the Anthropocene,” the Dominican Republic also reveals a decrease of -3.8% in the HDI adjusted to the pressures on the planet.

In the last 30 years, although the HDI has registered planetary pressures, these have been relatively minor in the Dominican Republic in relation to other countries, increasing 28 places.

However, it is expected that planetary pressures may increase, as happened in 1991 in Spain.

“There has been great progress in the last 30 years, particularly in income levels, but also in terms of education and life expectancy,” explained Heriberto Tapia, public policy specialist at UNDP’s Global Human Development Office, during the virtual launch of the report.

One of the pending tasks is inequality. In this indicator, the country lost 21% and gender inequality. The government has 88th place in the Human Development ranking and 112th in gender inequality, even though today’s girls and adult women are better educated….

Another issue to consider is that women receive 45% less income than men, which is a significant imbalance in remuneration.

The country has reached structural strengths, and by achieving a high human development, with the healthiest and most educated generation in its history, with moderate pressures on the planet, we have to take care of the effects of the coronavirus pandemic and the shocks that are to come and be able to reduce extreme deprivation and access to technologies, among others, said Tapia.

López-Calva explained that people had entered a new era, where human beings are influencing nature, the Anthropocene.

López-Calva said that climate change is responsible for 25% of inequality in the world. The more the pressures on the planet increase, the greater the risks of climate changes such as storms and more droughts, affecting developing countries the most.

He also noted that the Dominican Republic was selected as one of the four countries where an innovative pilot will be linked to the strategic plans in national policies and reiterated UNDP’s commitment to accompany these actions to contribute to sustainable and inclusive development.