Numbered vests for motorcyclists to go into effect in June 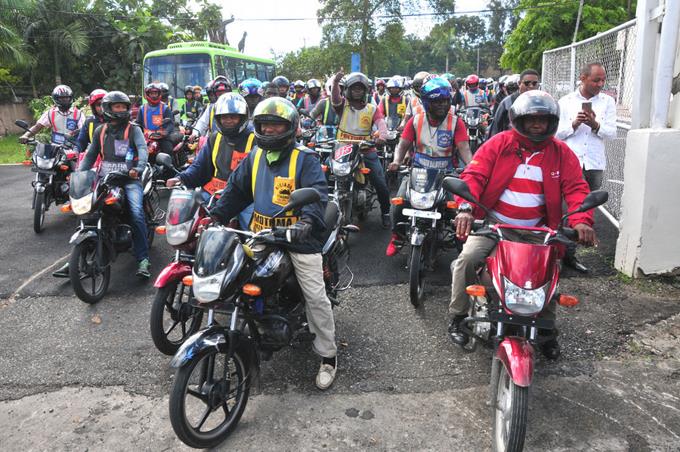 The use of numbered vests aims to reduce motorcycle robberies.

This measure intends to reduce the criminal activities that occupants of these vehicles commit.

One of the critical points of the first phase of the Citizen Security Plan announced by President Luis Abinader at the beginning of March is that, as of 1 June, all motorists will be identified with vests and an individual number, depending on their use.

The objective of this measure is to reduce criminal activities committed by occupants of these vehicles.

In a telephone conversation with reporters of various media, both the Minister of Interior and Police, Jesús Vásquez, and the Vice Minister of Internal Security, Jesús Feliz Jiménez, explained that this plan would have four phases and the primary responsibility for its operation will fall on the local governments.

The first phase
According to the Vice Minister of Internal Security, the first phase consists of provoking the various institutions that impact the country’s public and private transportation system to agree on all the implications of the measure that would begin to be implemented in June.

“That implies meetings between Intrant (National Institute of Transit and Land Transportation), the entity that develops local governments, called Fedomu (Dominican Federation of Municipalities) and there we have included the National Police and the Digesett (General Directorate of Transit Safety and Land Transportation), with what has to do with the enforcement part of the rule,” explained the official.

Feliz Jimenez said that in the first phase, which is already in action, they traced the routes of how these elements will be carried out and has achieved meetings with most of the motorists’ unions’ leaders.

Meeting with three heads.
“They have three federations and already on Sunday we had meetings with one of them, and in the course of this week, we are going to have a meeting with everyone, already jointly with the three heads of the federations that in turn have associations in different territories of the country,” he added.

He added that those who use motorcycles had been classified into four groups, and each one will have a unique vest and classification number. The first group is the motoconchistas (taxis), the second group are the deliveries, the third are those who use the motorcycles as a means of personal transportation, and the fourth is the messengers and collectors.

Legal protection
It has been established that these measures are covered by Law 63-17 on Mobility, Land Transportation, Transit and Road Safety which between Articles 75 and 78 establishes the responsibilities of each of the actors involved in the process.

TRANSPORTATION
Motorcycles
Feliz Jimenez indicated 2,700 motorcycles registered with Internal Revenue Service, but only about 30% of that amount reflects the total of those that have not been audited.