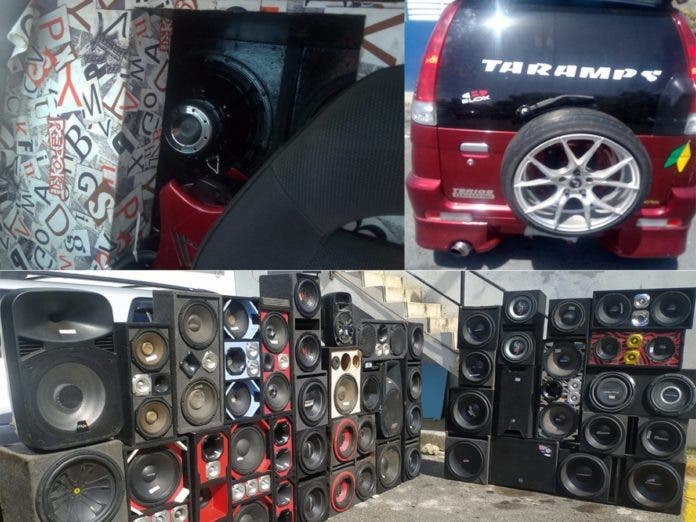 The National Police seized dozens of loudspeakers, stereos, and a considerable number of automobiles of different brands and cylinder capacities in various sectors of the municipality of Santo Domingo East.

During extensive operations which covered more than 20 neighborhoods, streets, avenues and concluding in the municipality, agents of Boca Chica, agents of the Anti-noise Division of the Santo Domingo East Regional Police Department confiscated 52 speakers, 29 boxes, 25 tweeters, ten drivers, several audio plants, horns and other sound equipment, which were sent to the Specialized Attorney’s Office for the Defense of the Environment and Natural Resources.

Also, all the impounded and inspected vehicles, as well as their owners, were placed at the disposal of the Public Prosecutor’s Office, by instructions of the director of the National Police, Edward Sánchez González, through General Máximo Báez Aybar, director of Santo Domingo Oriental of the law enforcement institution.