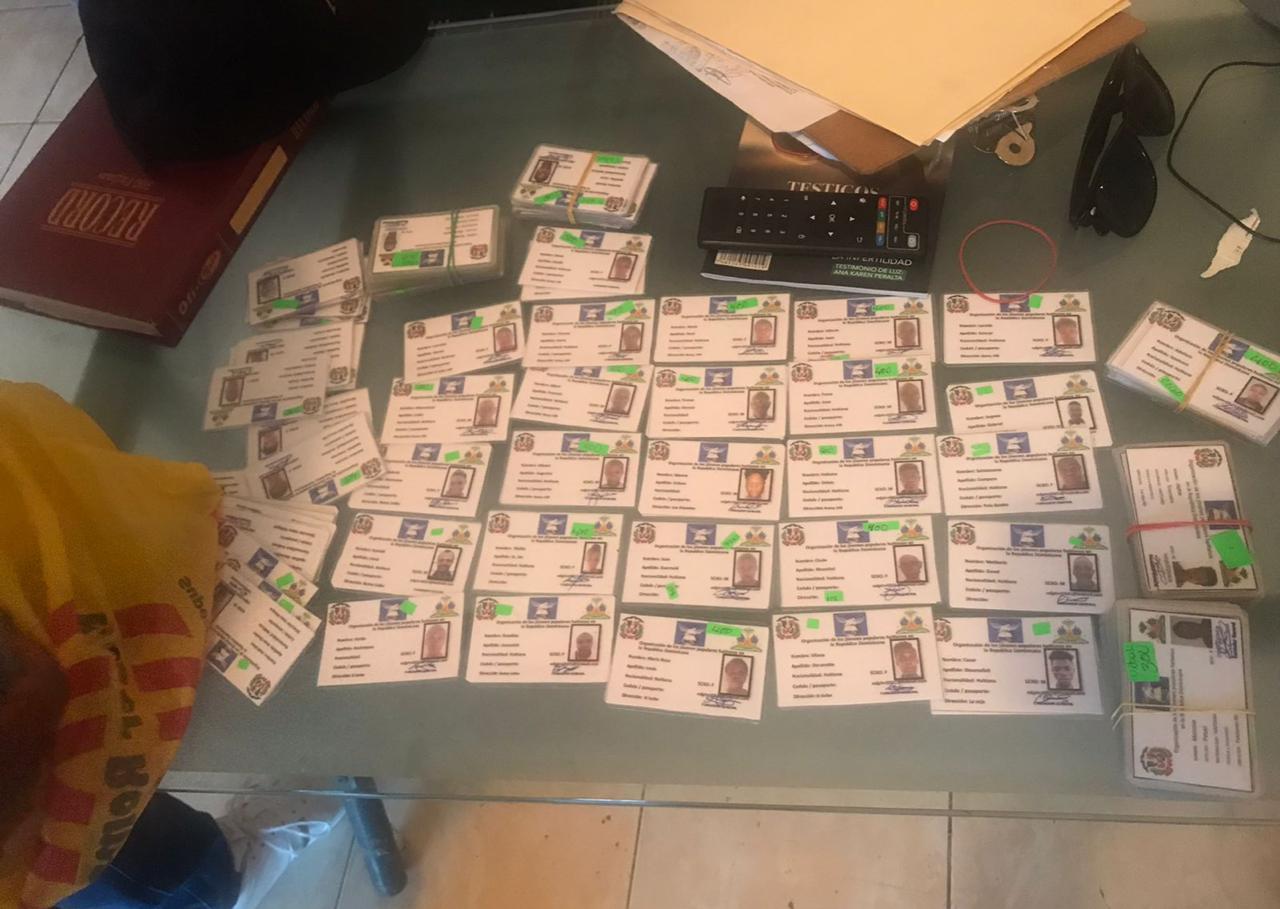 Those arrested are the Haitians Dahana Joseph, 25, Marlique Herbe, 24; Cherne Egene, 28 and Faustin Toussaint, 38 and the Dominicans Esmagnia Guillen, 32, Sugeiry María Beltré, 35 and Vitali Pérez, 20, all without documents, but residents of the district La Otra Banda.

According to the police report, those arrested were caught in an undercover card factory located in the rural area of Benerito.

Members of the Department of Investigations (Dicrim) seized 378 ID cards, with the logos of the Dominican coat of arms, the Haitian flag, and with the name Organización de los Jóvenes Populares Haitianos en República Dominicana (Haitian Popular Youth Organization in the Dominican Republic).

They also seized an identification plate with the name of Dominican Municipal Police Academy and a printing machine.

The documents were sold for various sums of money. The detainees will be brought to justice in the next few hours.