How are the people of the capital living during the Covid alert? 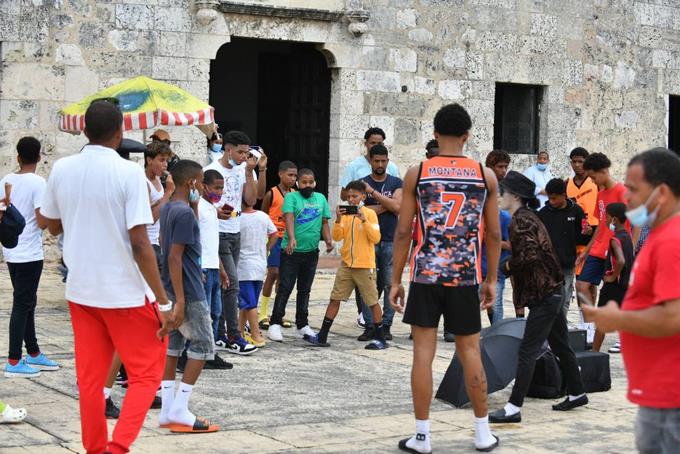 Greater Santo Domingo is in the red. Health authorities issued an epidemiological alert due to the increase in positive cases of coronavirus reported in recent weeks, and activities have continued with the gradual opening that the economy has had.

How do people feel about the incidence of cases reported by Public Health?

“People are not afraid, what they have to do is take care of themselves, wear their masks,” said Esther Ramirez, a woman of about 60 years old, who said she suffers from hypertension.

Esther “takes to the streets every day” to work selling toys. Her earnings help her to live. With them, she buys her pills, which she says she can’t stop working even though Covid cases are on the rise.

But not everyone wears their masks in public places. Although the epidemiological alert issued by the health authority that even in places like parks and boardwalks, the use of this garment is mandatory, some people took advantage of Saturday to breathe fresh air without covering their mouths and noses.

Dominga Ramirez, who was in the Colonial Zone with her family, noticed that some groups were gathering without masks.

“If the population had been responsible from the beginning, maybe we wouldn’t be in this situation,” said Ramirez as she walked around protected with her mask.

The positivity rate has been concentrated in the National District, in Greater Santo Domingo, and now in San Cristobal, places where according to the epidemiological alert issued by the Ministry of Public Health, the majority of those infected, unlike in previous months, is the young population, which many citizens blame for “walking around without control or with the required care.”

“People are disorderly. The youth is corrupted, drinking all from the same cup and smoking from the same hookah,” were the words of Juan Aristy, a toy seller who usually walks around the Colonial Zone.

Aristy also explained that he still does not plan to get vaccinated; he said that he is waiting for the vaccine from the United States, as he understands that the others are not reliable.

Miguel Palmers, who works in the health sector, said that he and his family have already been vaccinated.

He also said that “the population should continue to take care of itself, but life has to go on, I think that with due care we should take the children out for a walk, as we have been doing this for almost two years.”