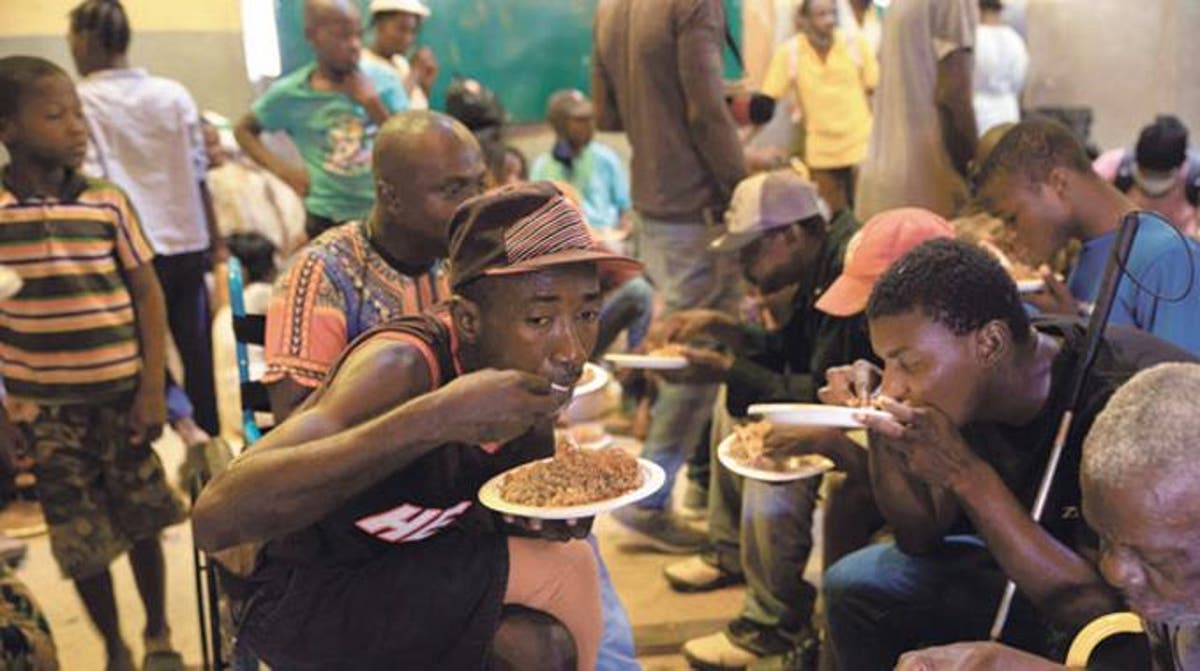 Approximately 13,600 people have fled their homes in the Haitian capital, Port-au-Prince, since last June 1 because of the gang war that is shaking the city, whose residents have been victims of murder and the object of physical and sexual violence. Threats and attacks on property.

Armed groups, the UN denounces, have attacked businesses, stolen food,, and even burned to the ground a camp that housed hundreds of people who had not found housing for eleven years after the catastrophic 2010 earthquake.

UN humanitarian organizations have also denounced that access to certain areas of the capital is almost impossible between shootings and barricades.

Paralyzed
The economy of Port-au-Prince is paralyzed; the movement, restricted and the arrival of necessities, constantly hampered to the point that people are dying in the streets because they cannot reach the hospitals.

The director of the Center for the Supervision of Internally Displaced Persons, Alexandra Bilak, assures that the current situation of violence in Port-au-Prince is reaching “a scale that we did not even imagine” and has recalled that the total of displaced persons in a month exceeds, and with a lot, to the 7,900 who left their homes in the capital throughout 2020.

Fears Moreover
, the United Nations fears that stability will deteriorate even more in the country after one of the great leaders of these armed groups, James Cherizier, better known as ‘El Barbacoa,’ warned on Friday of the beginning of a “revolution ”Headed by the coalition of gangs he leads, the G9, against the Haitian government.

All this happens in the midst of a coronavirus pandemic that has left more than 400 dead in a country with a total of 18,073 people affected, in the middle of the second wave of infections, which has all the prospects of exceeding the first, and where not even health workers are vaccinated.

The political background Political
instability is the background of this insecurity, with a president, Jovenel Moise, who has ruled by decree for more than a year in the absence of an elected Parliament and has been forced to readjust his’ sheet of the electoral route for this 2021.

The referendum to approve or reject the new Constitution has been postponed twice – the last date set was June 27, and an alternative day has not been announced – and doubts persist about the September parliamentary and presidential elections, which theoretically should already be celebrated with the new Magna Carta.

Uncertainty.
The UN has called on several occasions to tackle political uncertainty. The UN High Commissioner for Human Rights, Michelle Bachelet, has attributed it “in part” to the “disagreements” over the organization of the two electoral processes.

Right.
The authorities, he warned, “should guarantee the right to vote in safe conditions.”