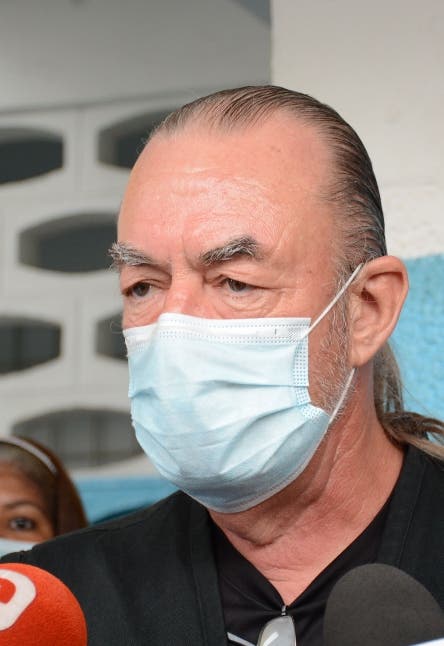 The Ministry of Public Health began this Monday the contact tracing pilot test in Guachapita, in order to detect and prevent COVID-19 infections. I speak - the Director of Epidemiology, Ronald Skewes. Photographer Félix de la Cruz 06/21/2021

Director of Epidemiology believes the country is facing a drop in the third “wave” of covid-19.

The report is contained in epidemiological bulletin 468 issued by the Ministry of Public Health through Ronald Skewes, the General Directorate of Epidemiology.

Tests. The authorities reported that they processed 7,905 samples, of which 857 were positive for SARS COV-2. Of this number of tests, 5,111 were performed for the first time and 2,794 as follow-up tests. Thus, the total number of tests processed since the beginning of the disease is 1,711,877, equivalent to 163,840 per million population.

Epidemiology assured that there is evidence of a downward trend in the indicators of this disease at the national level. However, the epidemiologist does not rule out that some demarcations vary the statistics in hospital occupancy and daily and weekly positivity. In some lines of the report, the data are references to be taken into account, not mathematics.

The authorities maintain the same recommendations since the pandemic began.
Since the beginning of the pandemic. Wash hands with plenty of soap and water
water and soap, maintain physical distance and wear masks whenever necessary to attend public
to attend public places. Also, it is recommended to go to vaccination centers.

“This represents a decrease in the third wave of covid-19 in the country; we have seen in the last seven days how the indicators have a downward trend,” Skewes said.