484 days of the longest curfew the capital of Dominican Republic has suffered, ends 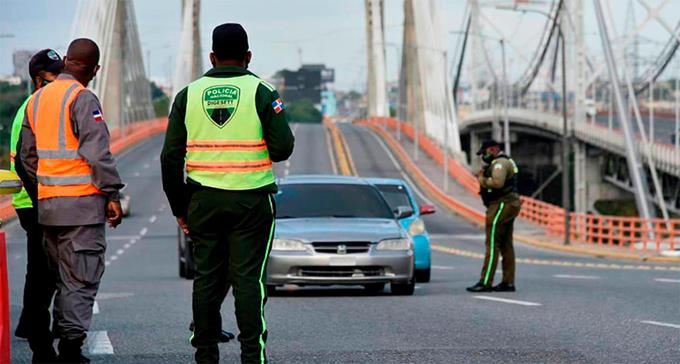 The Covid-19 pandemic has plunged Dominicans into the most prolonged period of emergency, 525 uninterrupted days, since March 19, 2020, was first decreed by then-President Danilo Medina, until today being extended consecutively, ends on August 26 of this year under the mandate of Luis Abinader.

Likewise, Dominicans have lived through the rigors of the most extended state of curfew, 484 days since March 20, 2020, with a single interruption of 24 days – from June 27, 2020, to July 20, 2020, on the occasion of the national elections held on July 5, 2020 – which will end on Monday, August 9 in the National District and the province of La Altagracia. For having reached over 70 percent of its population vaccinated against Covid-19, with at least two doses applied.

It is expected that as vaccination increases in the different provinces, they will be released from the curfew until it is fully lifted in the country, which, however, President Abinader has warned could be imposed again if there are emergency circumstances with the issue of Covid-19, such as the occurrence of new outbreaks.

But although the final de-escalation of the curfew has begun and the economy is on the road to recovery, the situation still seems far from over for Dominicans and the world. Experts, doctors, and scientists determine that the incidence of the coronavirus will continue among humans of all latitudes for a long time. Although new advances are made to face the effects of the virus, there is a constant struggle with new outbreaks product of new strains of the virus that are mutating, with the Delta, and spreading throughout all latitudes.

“The odious curfew, which is not to the liking of the people but neither of the Government, has had to be maintained for the health of the Dominican people,” proclaimed President Abinader when announcing the de-escalation of the restriction measure, which began to be implemented, gradually for three weeks, from July 7 of this year until July 28 when the curfew throughout the national territory maintains the start time at 11 pm and concludes at 5 am. Furthermore, the measures of restriction of agglomeration in restaurants, bars are maintained with a maximum of 70 percent of the capacity of the premises, maintaining distancing and the mandatory use of masks. At the same time, the consumption of alcoholic beverages remains restricted in hours, among other provisions.

This extended curfew has been the longest the country has experienced uninterruptedly. Earlier is remembered when the civil war of 1965, which maintained the state of emergency from April 24 until weeks after the provisional government was installed, on September 3 of that year. A curfew was also declared when Hurricanes David and Storm Federico hit in August 1979 and George in September 1998.

He arrived in March, carried by a tourist.

The coronavirus arrived in the Dominican Republic in early March 2020 carried by an Italian citizen, Claudio Pascualini, who spent 54 days in a restricted area of the Ramón de Lara military hospital, on the San Isidro airbase, where he was hospitalized since he presented the symptoms of the disease until then unknown in the country and much of the world. Pascualini had arrived from his country as a tourist and had stayed at a resort in the East, where he developed symptoms.

Throughout the pandemic in the Dominican Republic, nearly four thousand people lost their lives, and some 343,000 were diagnosed as positive for the coronavirus during the nearly 17 months the country has been subjected to the effects of Covid-19.

People from all walks of life, well-known figures, politicians, artists, professionals, townspeople, have fallen victim to the coronavirus; some have lost the battle and died, while others have managed to overcome the disease.

Throughout these 17 months, the curfew has had several modalities, the first being issued on March 20, 2020, starting at eight in the evening and concluding at six in the morning, which was ‘tightened’ in April when the measure of restriction of movement of citizens was advanced from 5 pm and until 5 am and then, depending on the peaks, highs and lows, of the development of the pandemic in the country were extended and or cut the daily periods of curfew, arriving at one point to start at noon until 5 in the morning the next day.

The ‘resurgences’ were decisive for the establishment of curfew schedules, as happened in December 2020 that the Government tried to give a ‘respite’ to the population by extending the start of the curfew from 7 pm with hours of free transit to return to their homes, as the decree said, until midnight, for the weekend of December 24, on the occasion of Christmas Eve. However, the ‘debauchery’ of the people, many of who dawned in the streets and disobeyed the curfew schedule, caused the measure to be revoked for the weekend of the New Year’s festivities. It had been arranged that the free movement would be until one in the morning for that date.

The same thing happened for the long Easter weekend at the end of March and for the long weekend on the occasion of Corpus Christi in June.

Of the 476 days of curfew that the country has experienced due to the Covid-19 pandemic, a total of 126 days of restriction of movement of people were ordered by decree of Danilo Medina and 350 days by order of Luis Abinader, both supported by the periods of state of emergency, approved by the National Congress at the request of the executive branch of the day.

Danilo Medina ruled his last 149 days under curfew until he handed over power to Abinader on August 16, 2020, who has led the country under a state of emergency for 376 days, which he will serve on August 26 when the current state of emergency, authorized by the legislative chambers, ends.

Despite the serious havoc that the pandemic has wreaked on the economy and social behavior of Dominicans, the Dominican Republic has managed to develop a vaccination program against Covid-19 that already exceeds 10.2 million people vaccinated with at least one dose, more than 4.5 million with the two doses and over 400,000 with the reinforcement of a third dose.

The start of the vaccination processes of the different brands of the vaccine against Covid-19 in the Dominican Republic in February 2021 represented the first light of hope that a process of overcoming the pandemic was beginning.

It began with doctors and hospital staff, continuing with police and military services on the streets to preserve order and enforce control measures due to curfew and restrictions on distancing, among others.

Batches of Anglo-Swedish AstraZeneca vaccines arrived in the country timidly. Still, they were not enough to start the processes of mass vaccination of the population, which was opened on March 4 when with a shipment of Sinovac vaccines from China, it gave way to vaccinate adults 70 years and older and people with compromised health problems, which continued to steadily generalize the field of application of doses from May 9 with those over 18 years of age, until in June the Pfizer vaccines arrived to apply to children from 12 to 17 years. Then, already in July, the application of the third dose began.