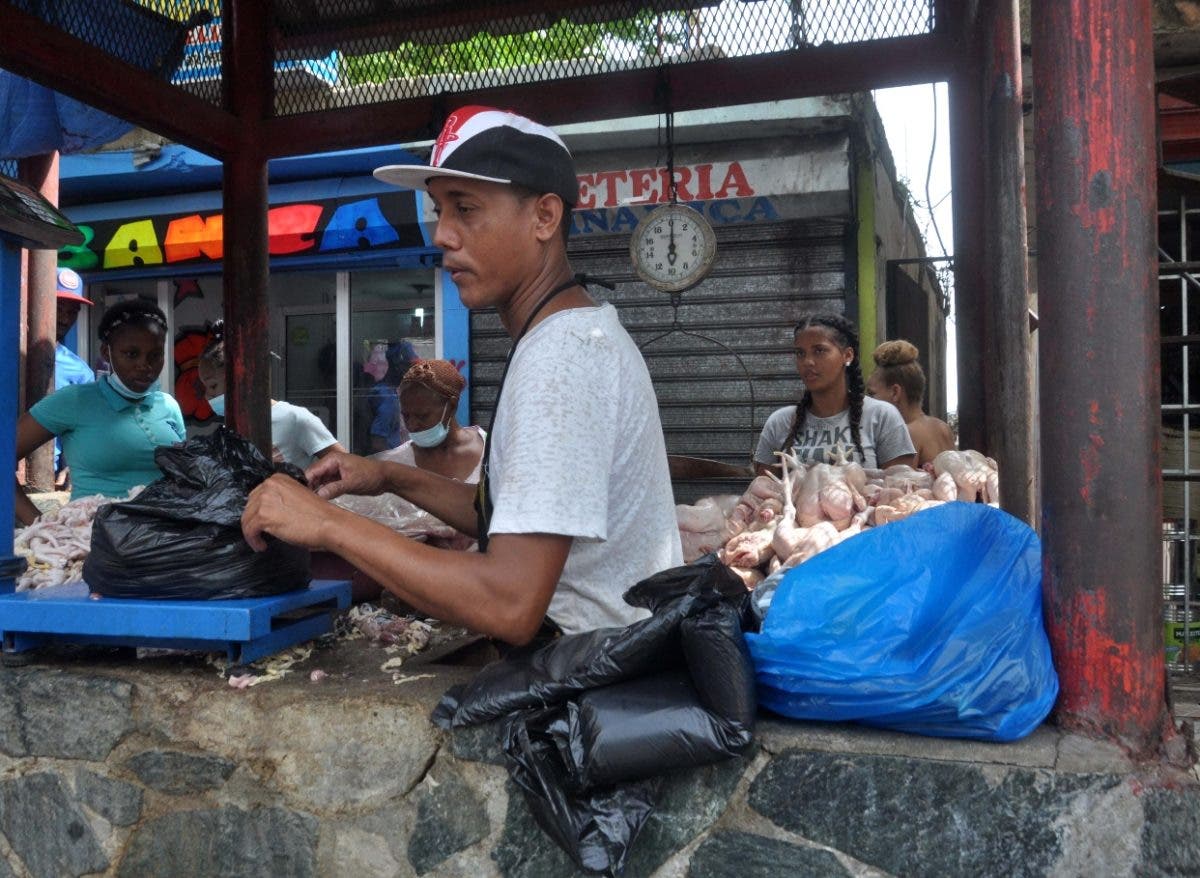 Prices. In supermarkets there has been a reduction of RD$ 3.00

Prices. In supermarkets, there has been a reduction of RD$ 3.00

The pound of chicken continues to be sold at RD $ 75.00 in the main markets of Greater Santo Domingo and chicken shops, while in supermarkets, the meat costs RD $ 72.00 per pound, a price that is still relatively high, according to consumers.

In colmados, a pound of chicken reaches RD $ 100.00, depending on the area of the city. This price has consumers quite worried since they understand that not only is chicken very expensive, but also everything “points to this being the price at which the meat will stay.”

“The government said it was going to buy chicken from another country so that the price here would come down, but that has not happened. The chicken remains the same, selling for between RD$70.00 and RD$80.00 (US $1.22-$1.40) a pound. What has happened, nobody says anything and the poor are getting hit hard every day,” said Altagracia Pérez.

While Luis Polanco, a chicken seller in Los Mina, questioned the government’s announcements since he sees no response to the situation.

“Yes, there are bananas and cheap rice, but the main staple, which is chicken meat, is expensive. The government has only said it is going to do something but has done nothing. Here we are all suffering. People are buying very expensive and we are not selling anything,” he explained.

“People already know that this is a product of the pandemic, but the government said it was going to look for a solution. I know that nothing else is the cause of rising prices here, but we have to find a way because we have the prices of chicken and other products going up the whole year and nobody does anything,” added Julián Conteras.

He said that attention had to be paid to domestic chicken production so that the rise in meat prices did not continue as it has so far.

Here in palm beach Florida a walmart whole chicken is a $1.28 per pound.