Passenger flow begins to normalize at Las Americas Int. Airport after initiation of the e-Ticket 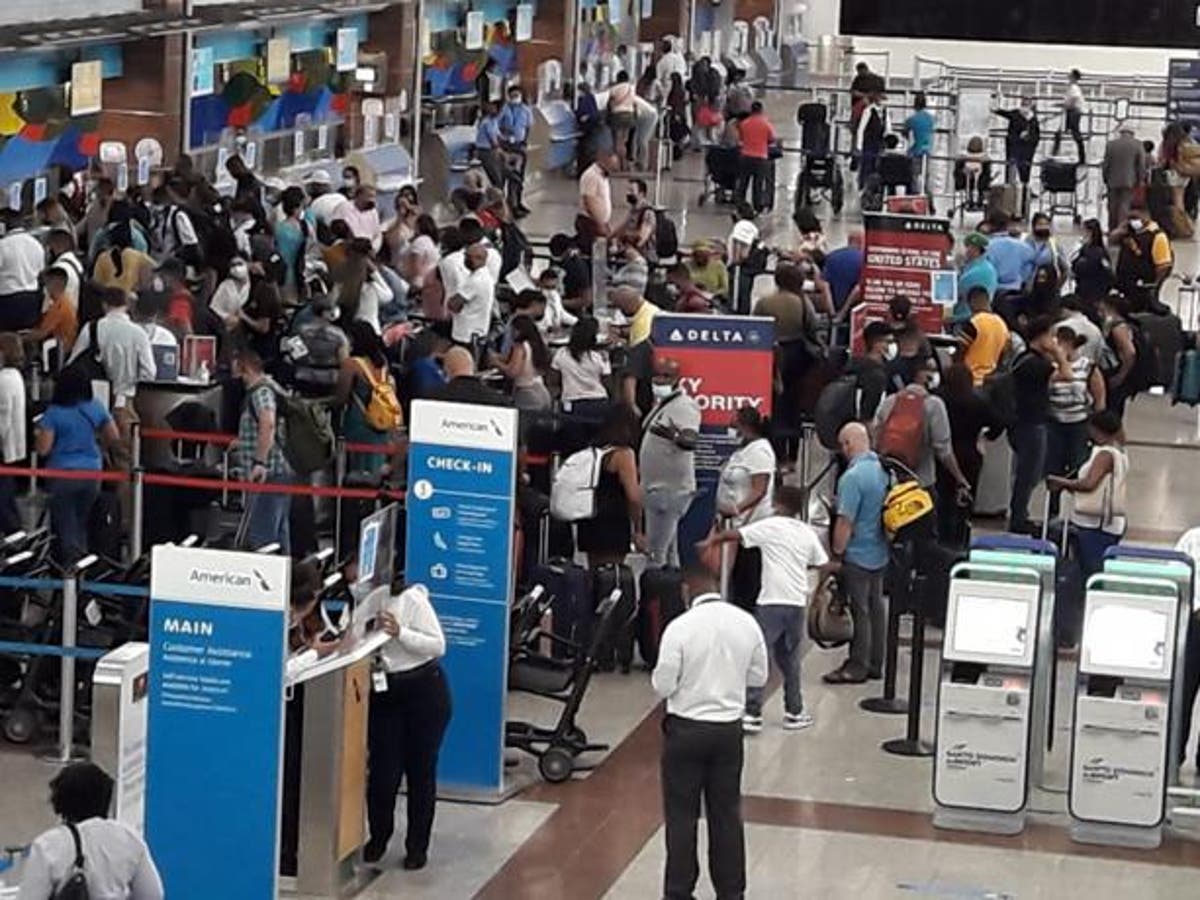 Despite the inconveniences and setbacks that many passengers went through after the entry into force last Wednesday, of the measure that forces passengers entering and leaving the country to present the digital migration form or e-Ticket, the exit process has begun to flow more quickly at the Las Americas International Airport.

At the beginning of the measure recommended by the Ministry of Tourism, numerous, mostly elderly passengers without knowledge of digital handling had difficulties entering the General Directorate of Migration platform.

This Friday was more agile and fluid the movement of the passengers’ lines from the airlines’ counters to the access doors to the departure migration halls.

Some 16,000 thousand passengers were scheduled to move from the terminal of Las Americas to different points abroad. Most of the passengers were destined for cities in the United States and Europe.

Another passengers’ complaint about the measure is the “slowness of the digital migration platform” process when reporting that the system falls frequently.

Regarding the complaints and deficiencies of the system on travelers, the director of Communications of the company Aeropuertos Dominicanos XXI Aerodom, Luis López, explained that the flow of departure and arrival of passengers was developing typically.

“If people are already more informed about the measure and are arriving at the airport with their e-Ticket filled previously,” said the Aerodom executive.

It is recalled that the measure began to be applied last Wednesday, September 1, after eight months of testing. With the measure, the authorities seek further to speed up the movement of tourists and Dominicans

It is not a bad idea, there is just some minor problems that needs to be fixed , for example if you traveling on a private plane there is nothing in place for the name of the aircraft, it won’t accept the plane tail number .