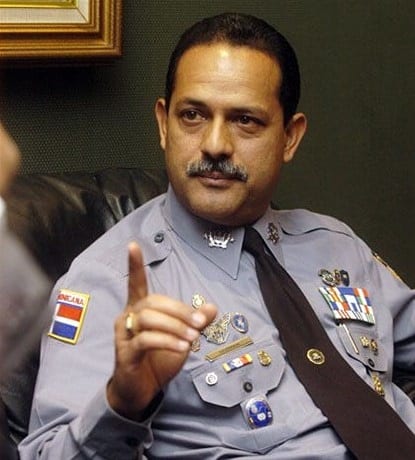 The former director of the National Police, Rafael Guillermo Guzmán Fermín, said that he does not doubt the current head of the agency, who stated crime decreased by 24% this 2021 compared to 2019. However, he asserts that this positive data does not correspond to preventive actions but to the curfew.

“A reduction was to be expected and I do not doubt the director of the Police Edward Sánchez. We must see why crime rates fell: was it the result of effective police work a product of the pandemic,  the curfew,” said the former official during an interview he granted to the program El Despertador.

“The reduction in crime was the product of the curfew,” Guzmán Fermín emphasized, recalling that a few months ago, he warned that if a contingency plan were not put in place for the total reopening of the economy, crime would resurface.

He pointed out that this scourge was reduced by the confinement forced by the coronavirus pandemic. Therefore, it is not surprising that after the lifting of the curfew in the National District and the province of La Altagracia and the relaxation of this measure in the other provinces, criminal acts resumed.

Guzmán Fermín indicated that Leonel Fernández signed the police reform plan, continued by Hipólito Mejía, and was then taken up by Leonel in 2004. He points out that when Danilo Medina arrived at the Presidency, everything the agency had achieved with the democratic security plan of the old government was discontinued. He now feels President Luis Abinader has intentions of transforming the department.

“It’s like a doctor gives you a treatment, goes to another doctor and gives you another treatment, and so on… You’re never going to heal, and if you heal you’re not going to know what treatment worked for you,” he said.

The general explained that to see the fruits of a transformational plan, it must be implemented for at least 15 or 18 years without interruptions. So, in a dialogue with the national leadership, he recommended that 13 reform proposals be agreed upon, including police reformation. Further, the political forces would need to commit to continuity regardless of what political party wields power in the future.