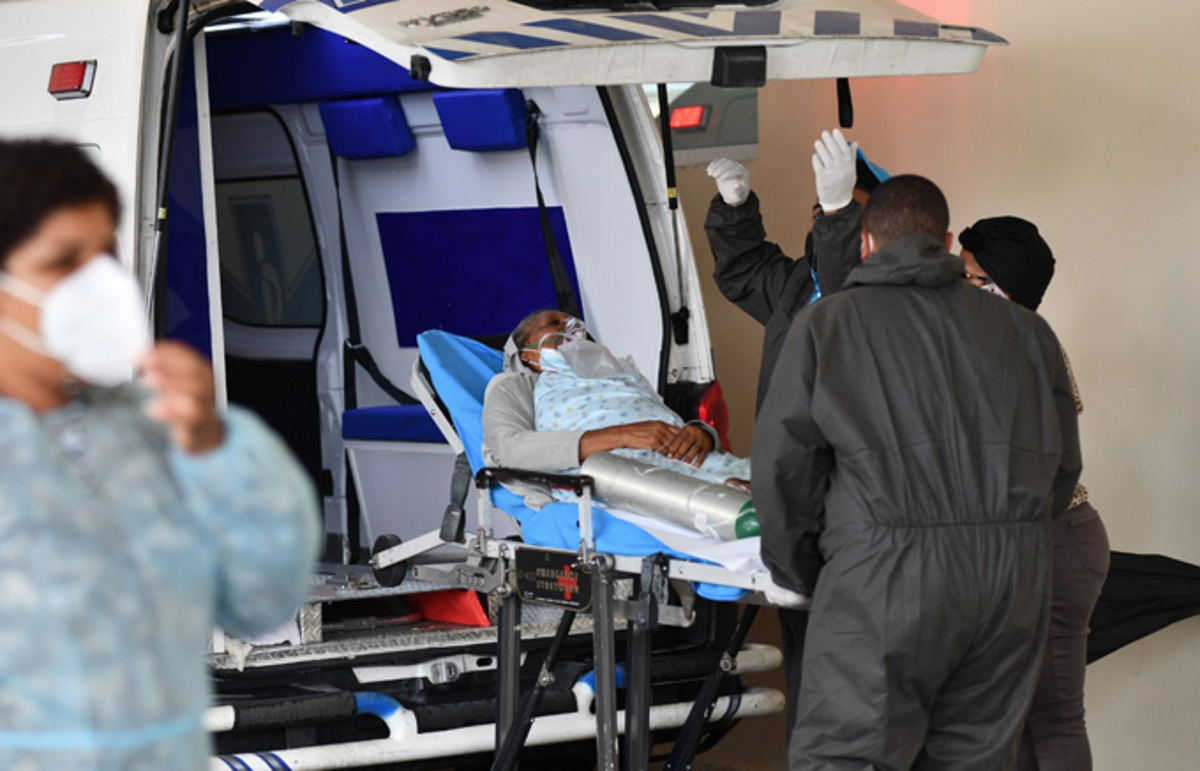 The Delta variant has been detected in the provinces of Duarte, San Cristóbal, Santo Domingo and La Altagracia. FILE

Back in July Listín Diario revealed from epidemiological sources that this strain was already circulating in the country, but the health authorities denied it.

The first case of death, out of five patients confirmed with the Delta variant of Covid-19, was officially registered in the country. The circulation of the aggressive strain was detected in samples taken between last July and August, results which were released yesterday by health authorities.

The circulation of the Delta variant, identified for the first time in India, and which for months has been present in a significant part of the nations of the world, was identified in the provinces of Duarte, San Cristobal, Santo Domingo, and La Altagracia in samples analyzed in the laboratory Fio Cruz, of Brazil.

In July, Listin Diario published reports from epidemiological sources warning that the Delta variant of Covid-19 had circulated in the country since June. However, since then, health authorities reported that its circulation had not been detected, even though local sequencing of positive samples of the virus was being carried out at the Dr. Defilló National Laboratory.

Cases of the Delta variant, one of the most aggressive of the Covid-19 virus, were detected in five patients, three of them Dominicans and two foreigners, including one of Peruvian nationality who died.

The details were given yesterday at a press conference headed by the Minister of Public Health, Daniel Rivera, and the Vice-Minister of Collective Health, Eladio Pérez, in which also participated Robinson Díaz, director of the Cabinet of the Office; Rafael Ramos Rincón, president of the Dominican Society of Obstetricians, and Carlos López, president of Obstetrics and Gynecology.

Rivera noted that, of the five patients, four were unvaccinated, and one who had his two doses of vaccines had a less aggressive reaction to the virus. In addition, two were health care workers, and all four patients are now at home.

In presenting the results, the Vice-Minister of Collective Health reported that 42 samples taken between July 21 and August 14 of this year were sent to the Fio Cruz laboratory in Brazil and that the results indicate that variants of concern were detected, such as two Gamma and five Delta variants, and variants of interest, among them 1 Lota; 1 Lambda and 25 Mu.

The ages of those affected by the Delta variant are between 45 and 49 years. Of the five cases, two were in serious condition in Duarte province, admitted to intensive care units.

The Gamma variant of the coronavirus, identified for the first time in Brazil, was found circulating in samples taken in the Espaillat province and the National District.

The health authorities indicated that they would continue to increase the active search or tracking of cases in those provinces where the circulation of the Delta variant has been detected, orienting the population so that they do not neglect preventive measures and reinforcing the work of motivation so that the population is vaccinated against the virus.