These countries do not qualify for United States Diversity Visa program 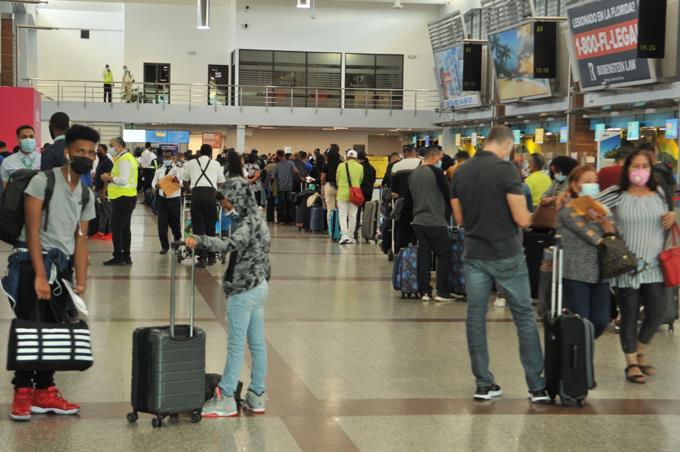 Dominican Republic, Haiti, Venezuela, and Colombia are some of the nations that do not meet the requirements of the contest to obtain permanent residence

The United States Department of State that administers the Diversity Visa Program, better known as the “green card lottery,” issued a statement listing the countries that do not qualify to receive permanent residency through the program by 2023.

According to the regulations, the native people of these countries cannot apply because more than 50,000 individuals had already emigrated to the United States in the last five years.

The Immigration and Nationality Act (INA) of 1990, which originated the program, establishes that the so-called “diversity immigrants,” people from countries with historically low rates of immigration to the United States, are those who can apply to the “lottery.”

How are they chosen?

The entity chooses those selected through a random computer algorithm. By 2023, up to 55,000 visas will be available for this concept.

The State Department distributes diversity visas among six regions worldwide, and no country can receive more than 7% of the visas available for each year.

Registration in the program is entirely free.

Apply? These are the requirements.

–If your spouse is a native of a country that does meet the program’s migration rate. In that case, you can claim the country of birth of your husband or wife as long as they are both listed on the selected entry and enter the United States simultaneously.

You must also complete at least a secondary education or its equivalent, qualified as “successful completion,” or two years of work experience in the past five years in an occupation that requires at least two years of training or experience to carry out.

Applicants must submit program tickets electronically via dvprogram.state.gov between 12:00 noon on Wednesday, October 6, and 12:00 noon on Tuesday, November 9, 2021.