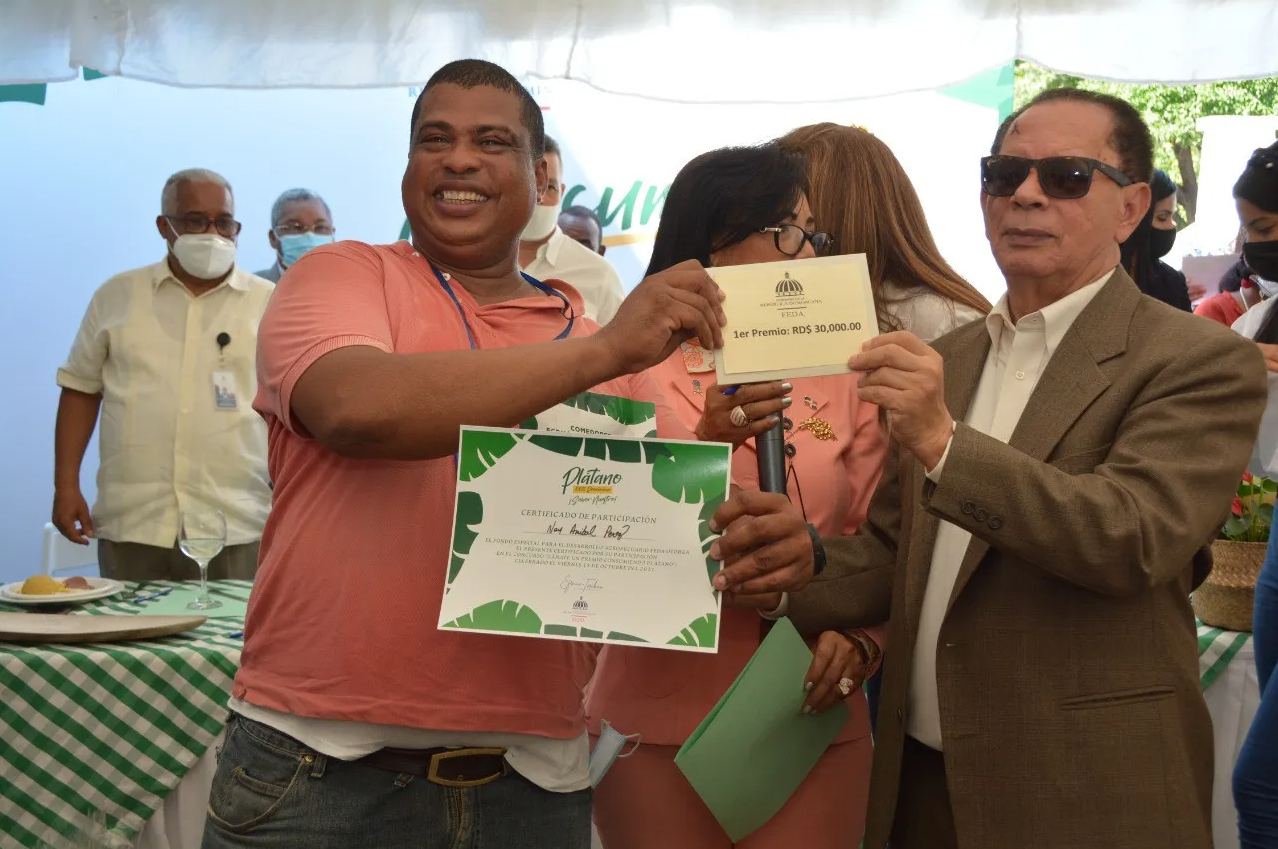 The director of the FEDA, Efraín Toribio, presents parchment and a cash prize to Ney Aníbal Pérez, winner of the first place of the contest Win a Prize Eating Banana.

One million eight hundred thousand units of plantains were sold by weight in different popular sectors of Greater Santo Domingo during the week of consumption of plantains, an activity organized by the Special Fund for Agricultural Development (FEDA).

The announcement was made by the director of FEDA, Efraín Toribio, during the “Win a Prize Eating Plantain” contest, in which employees of different institutions of the agricultural sector participated.

The first place winner was Ney Aníbal Pérez, employee of Los Comedores Económicos; the second place winner was Ángelo Martínez, from Banco Agrícola, and the third prize was divided between Elvis Carvajal and Alfred Pichardo.

The activity’s objective was to promote the consumption of plantains, with which various dishes can be prepared, such as the traditional mangú, mofongo, fried ripe and green, sweet and pastelones, among others.

The contest was held in the parking lot of the Banco Agrícola building, in the Centro de Los Héroes.

The plantain, originally from South Asia, is one of the most consumed foods in the country and is grown in all provinces of the national territory. The main areas of this crop are the Central Cibao (La Vega, Espaillat, Duarte and Hermanas Mirabal), in the Northwest (Valverde and Montecristi) and in the South (Peravia, Azua, Barahona and Bahoruco).

Between 850,000 and one million annual plantain “tareas” (628 square meters/0.155 acre plots) are cultivated in the country, of the varieties Barahonero, Macho por Hembra, Macho tres Cuarto, FHIA20, FHIA21, among others.

The consumption of plantain in the country is estimated at more than two billion units per year, including those consumed by snack companies. There are about 50 thousand producers of this musacea in the country.