Winds of change are blowing in all corners of the National Police. 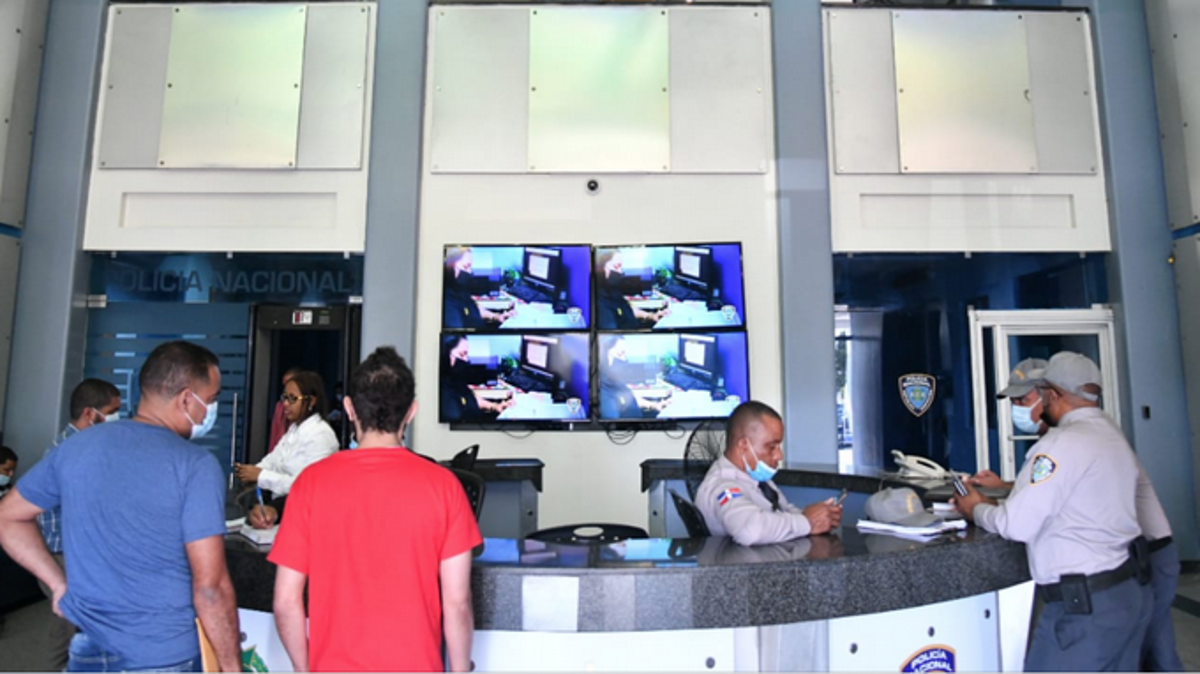 The police are in the race to reform. RAUL ASENCIO/

This atmosphere occurs just on the second day of the day of Major General Eduardo Alberto Then.

There were long looks and happy expressions on the faces of the officers walking around the National Police Palace during the second day of the administration of Major General Eduardo Alberto-Then at the head of the police force.

Inside the institution, the movement of new officers and advisors who have been with the newly appointed director in the regional endowments where he has been in charge is noticeable, in addition to the constant presence of high-ranking officers, as if it were a roll call.

“I have already seen several of the people who were with him in Barahona and in Santiago and they are already taking up their posts; up there (in the director’s office) there are many people picking up,” said one officer to another in the corridors of the Police Palace.

While the first 48 hours of Then’s administration are taking place, the expectation of what the internal changes and movements will be is still present in the atmosphere within the police force, while the logistical changes within the headquarters are beginning to manifest themselves.

“There are already problems with the parking lots, many people arrived today and found that in the parking lot they were assigned there were already other people; many only had to take their vehicles and park them outside, they had not even been warned,” said another member of the law enforcement corps.

In expectation of more changes, only two moves have been made officially; the appointment of Diego Pesqueira to the Strategic Communications Directorate and Pedro Cordero Ubri to the Legal Affairs Directorate.

Pesqueira took over last Monday, replacing Ana Jimenez Cruceta, who had become the first woman to head the strategic communications of the National Police.

Spokesman calls for specifying the date in videos.

“We ask users of this platform and other social networks that before uploading a video about cases involving police officers, they should specify the date on which the event occurred. In case they do not have the information, they can consult us,” Pesqueira added on his social network.

Eduardo Alberto-Then, yesterday, held his first meeting with the high command of that institution, to whom he transmitted the guidelines to be implemented, based on transparency, discipline, ethical principles, respect for human rights, and practical preventive work.

“There will be no police compromised with private individuals, but they will respond to their mission, which is to protect lives, the physical integrity of the person and private property,” added Alberto-Then through a press release.

The Police Director also warned that he would be vigilant to ensure that these guidelines are fully complied with, for which reason he will be permanently carrying out supervisory tasks.

Stop your police and military who on the streets, and highways, extort people for money…especially tourist …that would be great beginning…corruption is up to the roof…unfortunately there is no roof…visitors and locals don’t trust the police, and no one is doing anything to change that…because they like it that way…shame on all of you…!!! Extorting 75y/o canadian elderly couple in Bavaro in broad daylight, police on the motorcycle asking them for money for gasoline ?!…Can dominican republic pay for gasoline for their police ?!…i guess not…Shame on police and those they who gave them authority and allowing this to go on…You people have really thick skin… This bad news goes far….and makes the hole country looks bad and unstable…Stop blowing smoke up peoples rear ends and do something abut it…Again SHAME on all of you….!!!!

great … i am an american and am so tired of being extorted by the police. they come to work just to go out and extort and harras people. do not trust the police, lawyers and judges. they are all in this together.

I am sure there are bad ones like everywhere in the world, specially in an underdeveloped country like the DR. This is a good step in the right direction. There will be a cleanup. But you should not generalize, there are many honest ones, doing their job as best as they can.