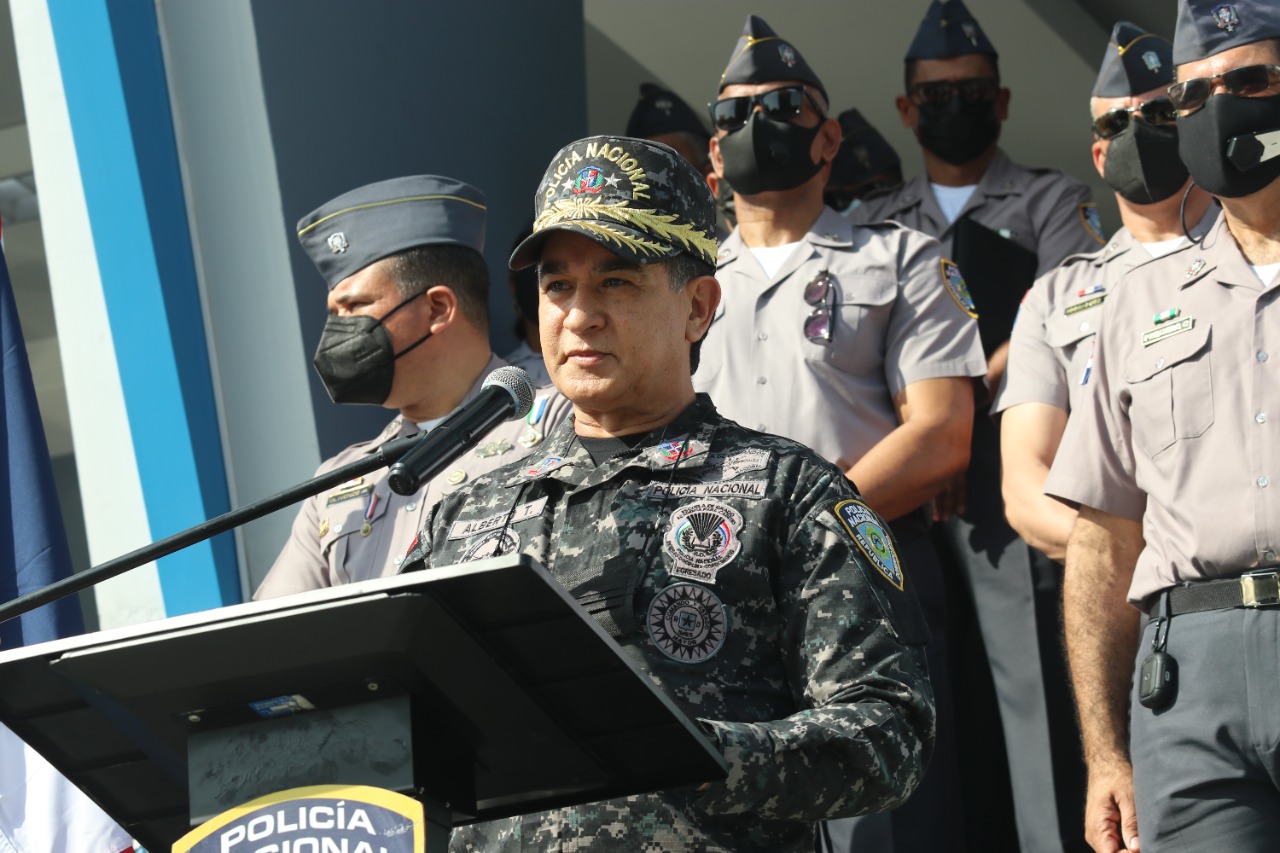 “Ii is my job to see to it that all tourists travel freely without concern; that is to say that we are going to give them the necessary security through Politur, a specialized police for tourists,” was the response of the director-general of the National Police, Major General Eduardo Alberto Then to the alert issued by the U.S. State Department to its citizens about the levels of crime in the Dominican Republic.

In the document, the State Department states that it is concerned about the violent crimes and armed robberies occurring in the Dominican Republic and warns its citizens to act with caution in the face of crime.

On the subject, the executive vice president of the Institutionality and Justice Foundation (Finjus) and who chairs the commission for the reform of the National Police, Servio Tulio Castaños, said that work is being done in the interest of improving citizen security in the country, but that these results are not obtained in the short term.

“Perhaps there are things that need to be improved. The reality is that work is being done in that direction, and the results in security matters are not in the short term; they are in the medium and long term, that is to say that I believe that at the present juncture the right steps are being taken,” said Servio Tulio.

Eduardo Alberto Ten and Servio Tulio Castaños spoke when journalists approached them during a thanksgiving mass celebrated at the Police Institute of Higher Studies on Thursday to commemorate the Day of St. Jude Thaddeus, Patron Saint of that institution.

The mass, which was attended by police and military authorities, was presided over by Bishop Cecilio Raul Berzosa, who urged the police officers to have patience, discipline, union, and seek better training and be just and dedicated servants.

Assault in La Vega
Regarding a robbery which occurred in a pharmacy in La Vega in which several men wearing clothes similar to those used by the Criminal Investigations Department of the National Police took a large sum of money, Eduardo Alberto Then said that an investigation is underway to establish the circumstances of the incident, to find those responsible, and arrest them.

your tourist police are useless…..from my unfortunate experience. while i was being extorted by the national police the tourist police done nothing to help. nothing…. the warning from the us is justified. until the dr addresses all the corruption nothing will change. it is like a cancer here. it is everywhere. the police, judges, lawyers and Dominicans in general. all is taught at a young age to lie, cheat and steal. they all just wait patiently for the opportunity to rip someone off.

Can they speak english?

Thugs in DR don’t mess with tourists. They target locals and mostly in the hoods.

Bill shit, the thugs are scared to even look at tourists trust me we ALL NOW WE CANT MESS WITH A TURIST SPECIALLY AMERICANS WHO we LOVE AND RESPECT ✊ and till this day tourist have been in all corners of our country and never have a Dominican citizen harmed a tourist

oh please, get a grip. your living in a fantasy world.

The Director of Police should use his words more wisely. His “guarantees of safety for tourists” in the real world has the same strength as saying the Titanic is unsinkable. He would have been better off to say he guarantees his forces are ever vigilant to protect the safety of tourists.

My wife arrived in Dominican Republic 2 days ago and got robed at gun point in front of our house. The police captain said that it happens a lot ,they are followed from the airport. Where’s the security at the airport,they should be ashamed at themselves.

so many robberies and murders not reported. it is common way of life here.