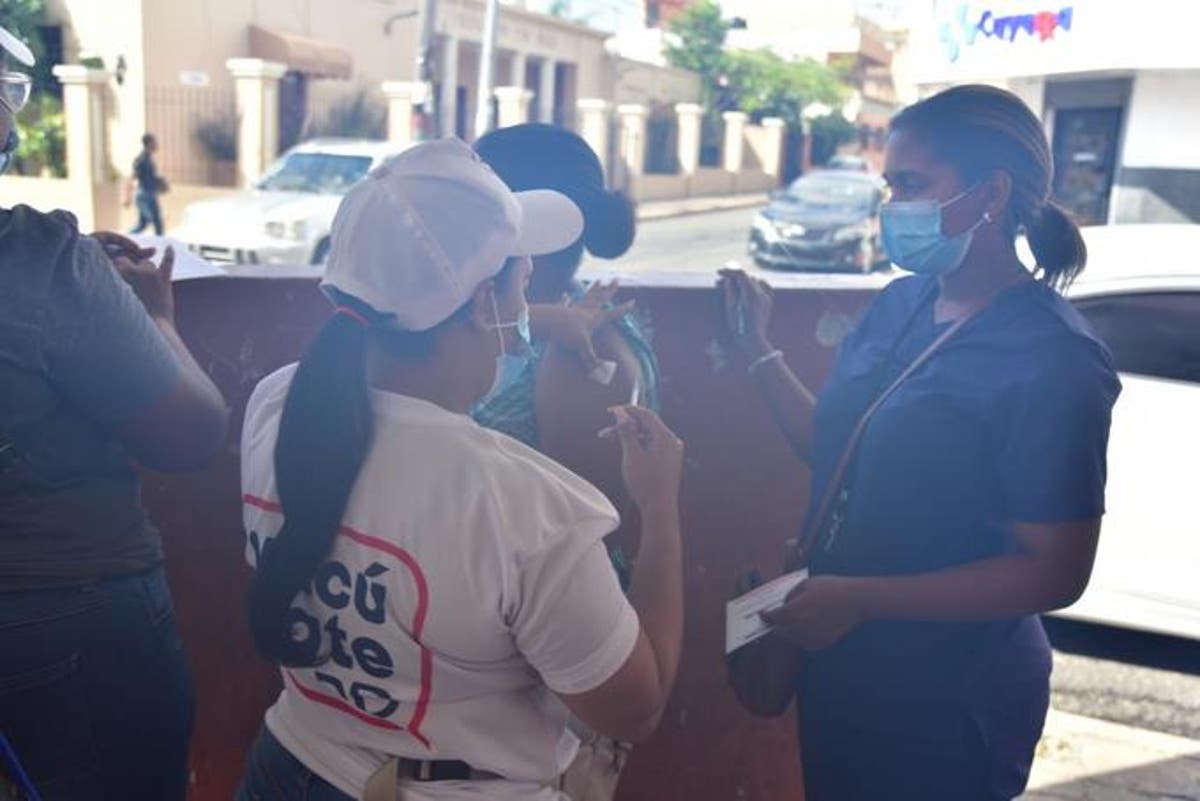 At a time when Covid-19 cases are increasing, the Health Cabinet (GS) continues with the house-to-house vaccination program to inoculate those people who resist going to the vaccination posts.

In a tour of the vaccination posts, journalists from Listin Diario observed in sectors of the National District, such as San Carlos, vaccination teams destined to go to homes inoculating citizens, despite being a holiday to commemorate the 177th anniversary of the country’s Constitution.

Around 11:00 in the morning, one of Yahaira Guante and Suhail Debran had reached around 20 people.

They mainly required the third dose of the virus vaccine at that time and were primarily children and young people.

“It’s a great advantage for those who can’t get around, especially for the elderly,” said Debran, head of the Brigade.

Today there were at least ten brigades arranged in different neighborhoods.

Around noon, at the vaccination post located at the Juan Pablo Duarte Olympic Center, 70 doses of the Covid-19 vaccine had been administered, even though there was a significant absence of people in the Karate Pavilion.

“Considering it’s a holiday, many people have come to be vaccinated,” said Cindy Amancio, in charge of the inoculation center.

So far, 6.7 million citizens have received the first dose of the vaccine against the coronavirus. In contrast, more than five million have received second doses, according to preliminary figures from the National Vaccination Plan Vacúnate RD.

With booster doses, there are 1,253,295 Dominicans inoculated, while the total of the fully vaccinated population is 5,382,559.

As long as the brigates “offer” the innoculación and not
implying it’s mandatory, it would be acceptable in principle..

But it is mandatory if you want to earn money, go to the bank and the supermarket. That’s illegal and unacceptable