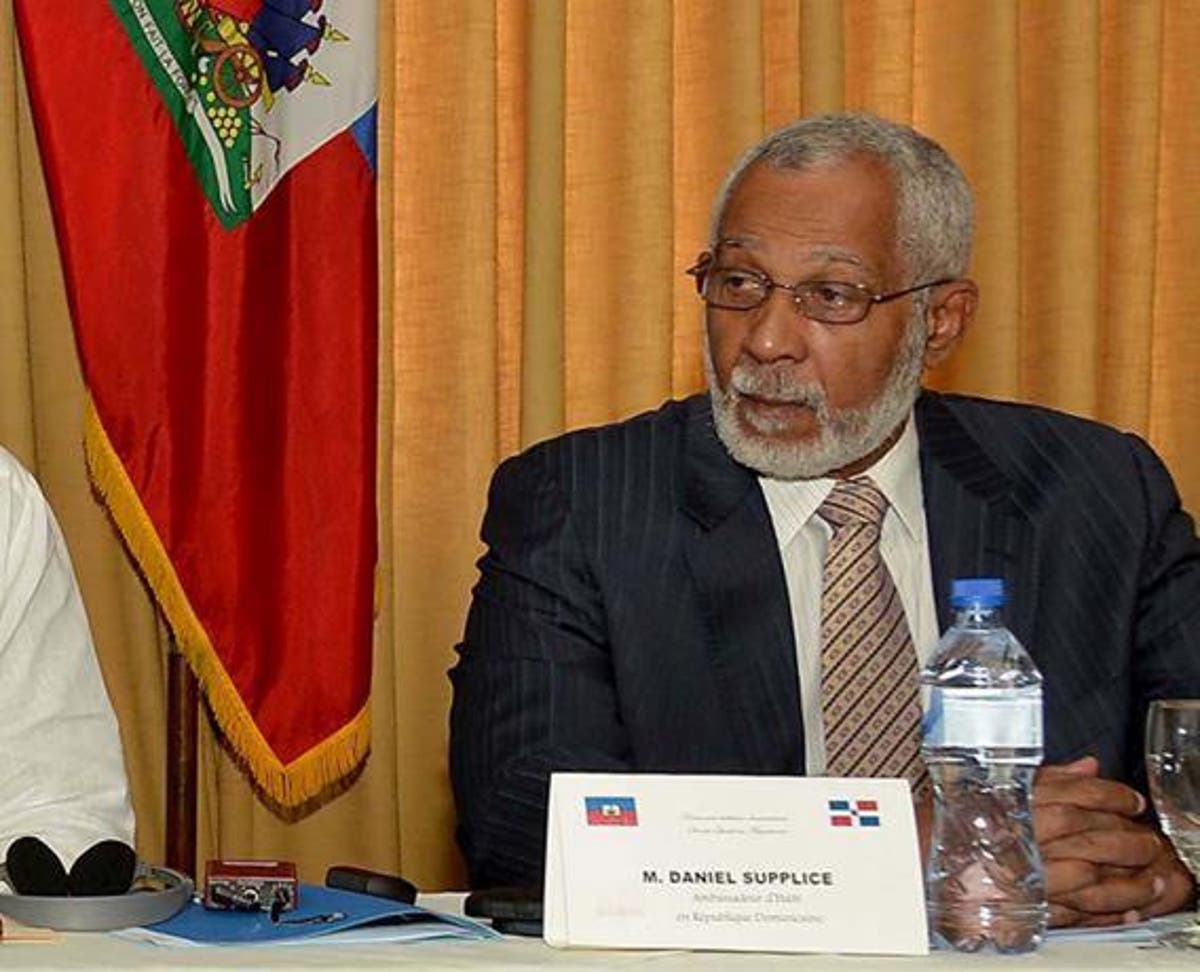 The diplomat was accompanied by Mrs. Stamie Joseph, a senior official in the Haitian prime minister’s office.

The Haitian embassy in the country reported that Supplice also met with the Dominican Foreign Minister and that in all his meetings he advocated “for greater harmony and a true cooperation agenda in Dominican-Haitian relations.”

“This mission, which lasted from Monday 8 to Saturday 13 November 2021, allowed him to meet with the highest Dominican authorities, including the President of the Republic, Exc. Mr. Luis Abinader, the Minister of Foreign Affairs, Exc. Mr. Roberto Álvarez, the Minister of the Interior and Police, Mr. Jesús Vásquez and the President of the Senate, Mr. Eduardo Estrella ”, says the statement from the embassy.

In his work schedule, he also paid a courtesy visit to some members of the diplomatic corps accredited in the country, including the apostolic nuncio, Archbishop GhalebBader, and the charge d’affaires of the United States embassy in the Dominican Republic, Robert Thomas.

“Ambassador Supplice also met with some senior officials of the United Nations System in the country, personalities from the private sector, representatives of Haitian student associations and community leaders of the Haitian diaspora from the Santiago and Santo Domingo regions,” he said. the Haitian diplomatic legation.

The communiqué indicates that in all these meetings, the special envoy spoke with his interlocutors about the main current problems of binational relations, in particular the issues of migration and border security, “increasingly advocating for greater harmony and a true cooperation agenda. in Dominican-Haitian relations at all levels.”

“Satisfied with the frank and friendly exchanges obtained from their meetings, the emissary warmly appreciates the hospitality of the Dominican authorities and all the personalities encountered,” the statement said.