The influx of Haitians in Dominican hospital falls after deportations 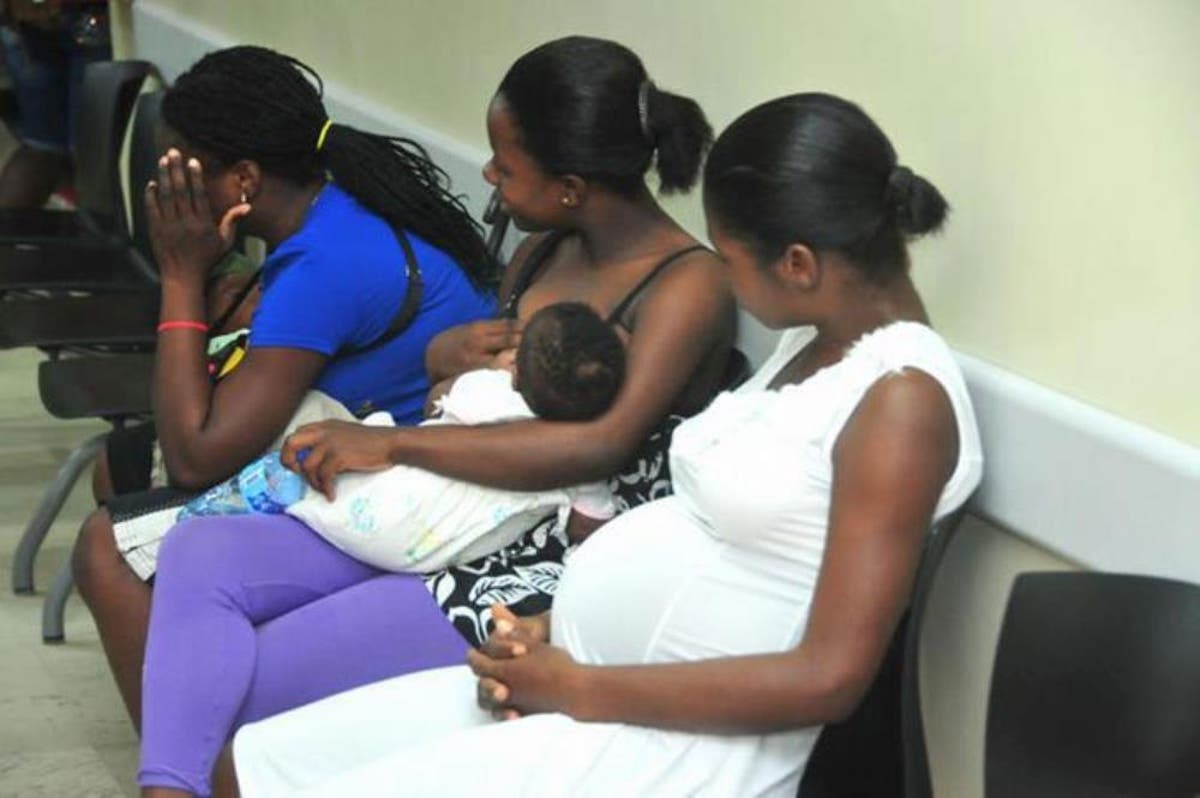 The influx of Haitian patients drastically decreased this Monday in a major hospital in Santo Domingo, as a result of the deterrent effect caused by the arrest and expulsion from the country, since last week, of hundreds of pregnant Haitian immigrants.

At the San Lorenzo de los Mina Maternal and Child Hospital, one of the places where Migration officials captured Haitian women last week, the number of foreign patients this Monday was 30% lower than usual.

The director of the health center, Leonardo Aquino Rosario, told Efe that after putting into practice some measures to control migration “the assistance of Haitian nationals has diminished, especially through external consultations.”

The General Directorate of Migration (DGM) began to deport pregnant Haitian women last Tuesday, as part of a package of measures announced to curb illegal immigration from the neighboring country.

However, the center “women in labor and children always come via emergency” from that origin, but since the application of these migratory measures “this assistance via consultation has decreased by 30%,” said Aquino Rosario.

The doctor pointed out that the lack of follow-up in pregnancy consultations can lead to medical problems, including anemia, infection, malnutrition, hypertensive disorders (pre-eclampsia and eclampsia), as well as complications that can lead to the death of the mother.

That could be the result for future mothers who decide not to go to routine check-ups for fear of being intercepted by members of the Immigration Department or the Army, as has happened since the forced returns began.

According to the director of the hospital, there have been no arrests of pregnant women within the Los Mina facilities, and no babies have been separated from their mothers in the newborn area.

“Migration, as such, has not been within the institution’s premises, much less with persecution of the users,” said the doctor, who also has no evidence that the DGM “has been on the periphery” of the center, although according to various complaints, many arrests have been made in the environment of maternity hospitals.

The Dominican Migration Law empowers the DGM to automatically deport any immigrant in an irregular condition, but the regulation that regulates this law prohibits the detention of pregnant women. With the measures adopted, public hospitals will only treat undocumented foreigners in cases of medical emergency and pregnant women of more than six months will be prohibited from entering the country if they do not have the corresponding medical insurance.

lol they all got deported in a week smh why lie

No a la invasion del vientre

DR had spent RD$10 billion pesos so far this year providing health care assistance to undocumented Haitian pregnant women. The minister of Health, Daniel Rivera, declared that the obstetric system of Dominican Republic is saturated by the demand of Haitian women who cross the border just to give birth in the country hospitals displacing Dominican women. Rivera stated that the daily arrivals of undocumented women are pushing the hospitals to the limits, which undermines the management of all obstetric areas in the country. He pointed out that the moment a pregnant Haitian woman is admitted to any hospital, the government assumes the full costs of childbirth and if she arrives in critical condition, the same costs the blood, the days she stays in the ICU, both her and her baby and the medications. “Every Dominican woman who will have a C section must deposit a pint of blood in Dominican hospitals, however Haitian pregnant women do not come with anything,” the minister said. He noted that Haitian pregnant women arrive in the Dominican Republic, usually in critical health conditions, which is attributed to the increase in maternal mortality in the country.

The minister explained that the government also invests large sums of money in assistance to neonatal babies born with problems.

Rivera reported that, so far this year, 88 Haitian women are on average in public hospitals throughout the country every day, a figure that is increasing, while in the case of Dominican women, it is decreasing and currently averages 159 per day.

The official said that Haitian women have gradually been displacing Dominican women from the country’s hospitals, forcing them to use private service, for which they make enormous efforts. “At the end of this year, Public Health will have a projection of 175 Dominican women per day who give birth in public hospitals and 100 Haitian women, which shows that while the number of Dominican women in labor falls, Haitian women are increasing,” she added.

Rivera explained that the overpopulation of Haitian women in childbirth is causing Dominican women to move to private centers, even if their budget is reduced.

“Many of the pregnant women who are arriving from Haiti to Dominican hospitals, come with complications such as anemia, hypertension, preclamsia, infections and other difficulties, so you have to perform cesarean section,” said in a press conference held in the Green Room of the National Palace, in which the Minister of Interior and Police, Jesus Vasquez, also participated. It is unsustainable He stressed that daily spending by the Dominican Government becomes more unsustainable

The Dominican Republic is in no position to treat anyone like that. Many Dominican people try to do the same thing here in the United States. Sad!

Are yu crazy we pay our taxes, just like every one else in America. Haitians come here and pay no taxes at all and still get to use all of our public resources, I get yur point but we are not the United States , we are a poor country who’s 24% of our 10m+ population live in poverty now , of course is a sad situation we all know this but are we responsible for this ? Hell no , we either help the Dominicans or the Haitians and honestly dr needs to help dr , Haiti and the international community needs to help Haiti

Dr is not supposed to help Haiti at all, they are their own country, the goverment is so corrupt. The only ones that could help haiti is UN (United Nations) which clearly they dont care about haiti at all. Dr is facing a mass crowded population in general, now with ILLEGAL immigrants everything is getting worse, we are just a country trying to developt but we are not in the right place to help anyone financially, especially those that are illegal, sometimes we cant even help ourselves of how unstable our country is right now. HAITI NEEDS TO ASK UNITED NATIONS FOR HELP SINCE THEY ARE SO INTEREST IN TELLING US WHAT TO DO.