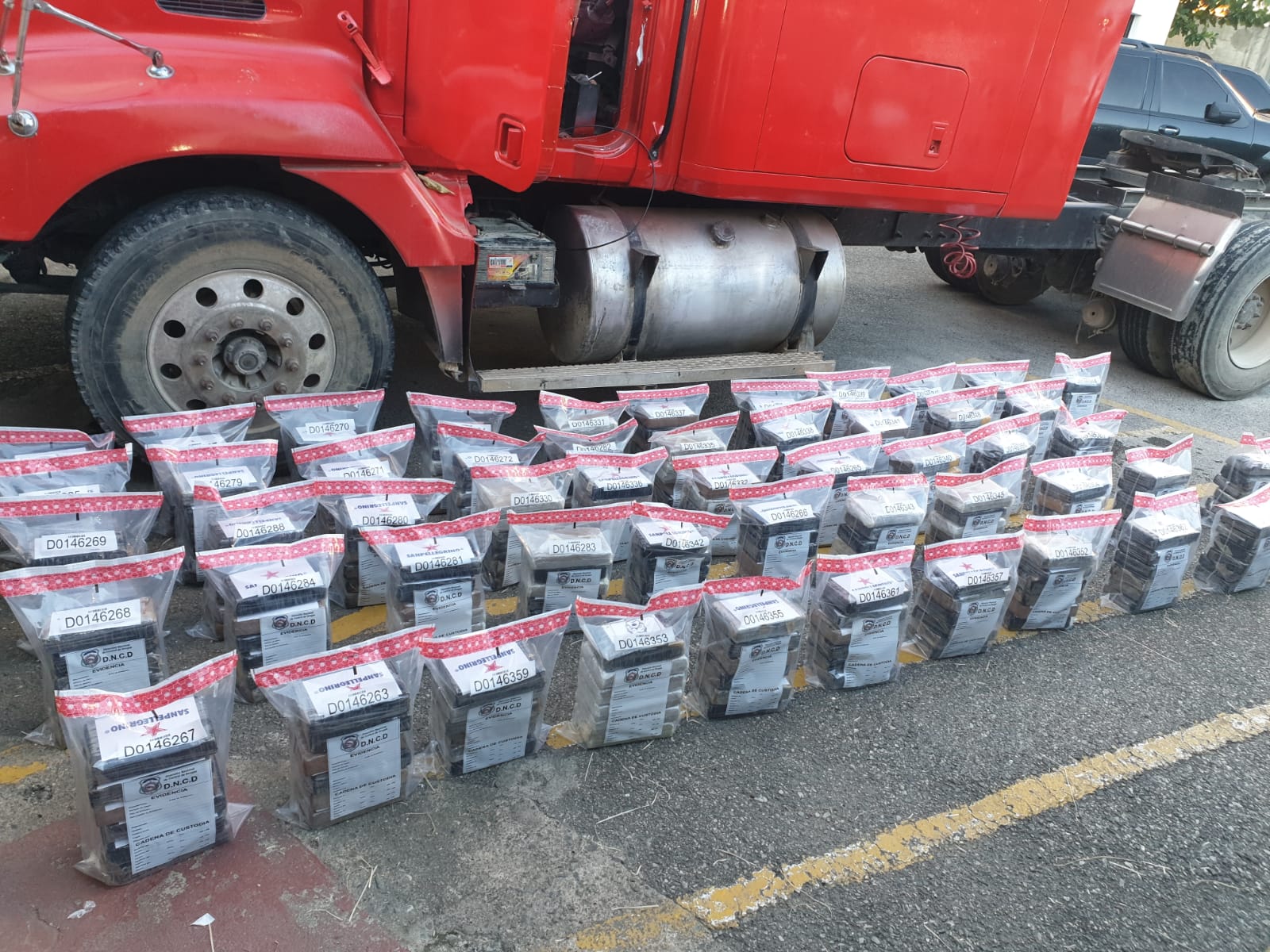 Agents of the National Drug Control Directorate (DNCD), with the support of State intelligence agencies and under the coordination of the Public Prosecutor’s Office, seized 318 packages, presumably cocaine, in an inspection operation in the municipality of Boca Chica, Santo Domingo province.

A team made up of several DNCD agents observed a red truck parked on Fausto Cruz street in the sector of Los Cedeños de la Caleta, and when they stopped, a man near the place fled.

Subsequently, the presence of a prosecutor was requested, and a search of the truck was initiated with canine units. As a result, the canines found a secret compartment with eleven sacks containing the substance packages in the rear section.

At the same time, the tactical reaction agencies of the DNCD were activated and immediately began an extensive operation throughout the area, apprehending two men in a nearby lot.

“Preliminary reports indicate that the shipment in the truck would be delivered to the Multimodal Port of Caucedo, to then try to ship it out of the country,” said the press release.

The authorities are intensifying investigations and are discovering the locations of other individuals linked to this international drug trafficking network, while the detainees are under the control of the Public Prosecutor’s Office for the corresponding purposes.

In the last three months of this year, the authorities have seized two tons and 358 packages of cocaine (2,358) and arrested 18 persons linked to these shipments as part of the reinforcement of the operations to dismantle the drug trafficking structures.

The 318 packages seized in this operation are being sent under chain of custody to the National Institute of Forensic Sciences (INACIF) to determine the exact type and weight of the substance.

Good work ! I hope the President publicly declares a war against crack & cocaine dealers. They are murders knowingly killing people everyday with their crap drugs. Hogares Crea should be publicly denouncing crack & cocaine dealers by putting pressure on the police to raid crack houses. The police know where they are located . If there is no government plan to help drug addicts then at least use the police to get rid of the dealers !

Glad this shipment was stopped.