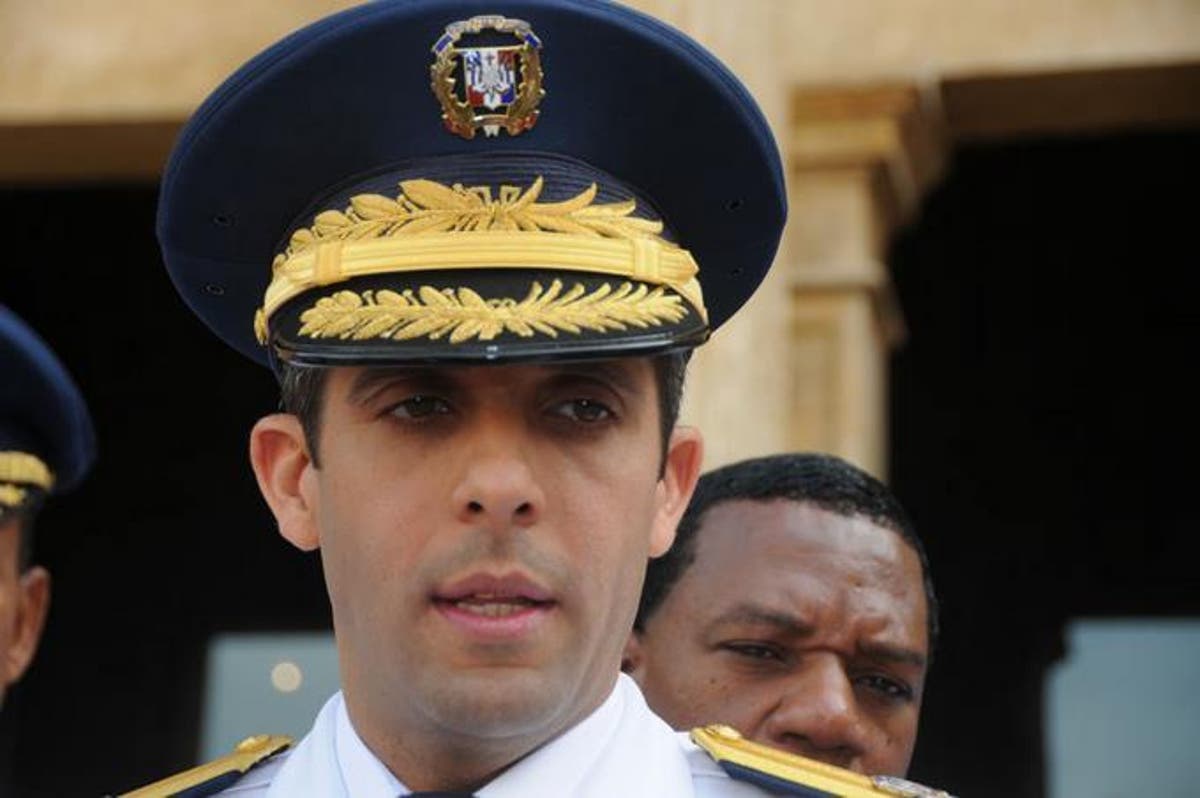 The former director of the Specialized Tourist Security Corps (Cestur), Juan Carlos Torres Robiou, bought a luxurious apartment in Samaná valued at half a million dollars. Still, supposedly he did so through a company run by the pastor Rossy Guzmán to avoid raising suspicions.

At least, that is what Raul Alejandro Giron assured during an interrogation carried out by the Specialized Prosecutor’s Office for the Prosecution of Administrative Corruption (Pepca).

“All this was done to distract from the ownership of the property and to erase the trace of the real owner, which is the accused General Juan Carlos Torre Robiou, since he would have no way of justifying the purchase in cash, and without financing,” explained Raul Alejandro Giron, the accused who last May admitted before the court his participation in the religious-military scheme denounced by the prosecutors.

With the expression “all that,” Girón referred to an alleged loan of R.D. $7,500,000 to the pastor’s company which he denied, as well as the payment of an alleged debt of R.D. $13,260,000 contract with his father, Vicente Girón De la Cruz, which he also rejected.

But Girón was not the only one to affirm that Torres Robiou is the valid owner of the tourist apartment. Still, several employees of Cestur, as well as the sales company, corroborated the information.

“The witnesses David Abreu Padilla, Migel Cancu, Jacobo Horacio and Israel Blanc Hernández, recognize the Balcones del Atlántico property as the property of the accused Juan Carlos Torre Robiou , even making maintenance payments for it,” says the accusation filed by Pepca against the main defendant in the investigation “Coral 5G.”

The document adds that the payment for the maintenance of the property came from Cestur, from where other fixed payments of a personal nature were also diverted, being the person in charge of accounts payable of Cestur, Abreu Padilla, the responsible.

Likewise, the seller of the apartment voluntarily handed over his cell phone in which prosecutors found 75 conversations with General Torres Robiou, Colonel Rafael Núñez de Aza, and Pastor Rossy Guzmán through WhatsApp; which “evidence that the apartment really belongs to General Juan Carlos Torres Robiou.”

How did he acquire the property?

The property, with an approximate value at present of half a million dollars, was acquired for about R.D. $13,327,000, on 30 August 2019 from the company Kratos Ventures Inc, represented by Samuel Pou Coen, who recognized before the authorities that Torres Robiou was the buyer and “that he put him in contact with his ‘assistant’, the co-imputed colonel Rafael Núñez de Aza, who was in charge of making the payment of the agreed money to him.”

The pastor allegedly explained to the Public Ministry that the apartment purchase in Samaná was made with the funds from the profits of her company Único Real State, together with the loan of more than seven million pesos that Girón allegedly made to her, although he later denied it.

A year after it was purchased, the property was sold for R.D. $14,260,000, less than half of the actual value of the apartment, which was cataloged by the authorities as “strange.”

“The same accused Rossy Maybelline Guzman Sanchez states that, since the acquisition of this property, the same is under the possession of General Juan Carlos Torre Robiou, former director of Cestur, supposedly on a rental basis, paying a monthly amount of US$3,000, a situation that corroborates the unlawfulness,” the prosecutors mentioned in the indictment.

The representative of Kratos Ventures Inc. also established, according to Pepca, that Colonel Núñez de Aza is the one who sent him the data of the company Único Real State e Inversiones S.R.L., to carry out the sale contract and at the same time put him in contact with the accused Rossy Maybelline Guzmán Sánchez.

In addition to the property in Balcones del Atlántico, the file indicates that the Air Force general acquired two villas near Rancho Arroyo Naranjo, located in Jarabacoa; one of them was purchased in April of this year.

Together with his spouse, Greybby Maria Cuello Coste, he owns an apartment in the residential Torre Regatta Residences, located in the National District, acquired in August 2018. In addition, he obtained, almost a year later, a rural land located in Monte Plata.

In the Operation Coral file, it was the first time the link between the Dominican Republic Air Force (FARD) general and former director, Juan Carlos Torres Robiou, to the alleged religious-military web was uncovered by the Attorney General’s Office was heard for the first time.

The request for coercive measures against six people, the former chief bodyguard of former president Danilo Medina, Adan Cáceres Silvestre, mentioned that Torres Robiou had rented the property located in Samaná for US$3,000 per month. However, its use was “sporadic.”

At the beginning of May, when he had not yet been charged, although he had been mentioned, the general declared himself ready to offer his version on the events generated by the accusation of two officers who served in that institution.

“The referred property is under the possession of Brigadier General, Pilot F.A.R.D. Juan Carlos Torre Robiou, who is the director of the Specialized Tourism Security Corps, (C.E.S.T.U.R.) and hierarchical superior of the imputed Raul Alejandro Giron, on a rental basis, paying a monthly amount of three thousand United States dollars (US$3,000. 00), an extremely suspicious situation, since it makes no logical sense to rent a property for a large amount and use it sporadically,” the Public Prosecutor’s Office has established in its investigation of Major General Adán Cáceres, the chief bodyguard of former President Danilo Medina.

On this occasion, the Public Prosecutor’s Office accuses him of a coalition of civil servants, an association of wrongdoers, embezzlement against the State, and misrepresentation in the sworn declaration.

“Coral 5G” is the name given to the most recent Pepca investigation, which involves, in addition to General Torres Robiou, three other generals and other members of high ranks active in the military ranks, accused of belonging to a scheme that moved at least R.D. $4.5 billion in properties and financial products.

Along with the former director of Cestur, General Julio Camilo de los Santos Viola, also of the FARD, and General Boanerges Reyes Batista, of the Dominican Republic Army were arrested two days ago.

So far, the authorities have seized some 125 properties from those involved in the case after carrying out at least 49 raids in the National District and the provinces of Santo Domingo, La Vega, and Santiago last Wednesday night.

But Luis Abinader is not playing. They are all arrested right now.

You can be sure there is still a lot of theft going on. It is a way of life in DR – a giant part of the culture to steal

you got it. everyone here is crooks. police, doctors, lawyers, judges and everyone else. they can be bible carrying church going but give them the opportunity and they will turn on a dime a rip you off.