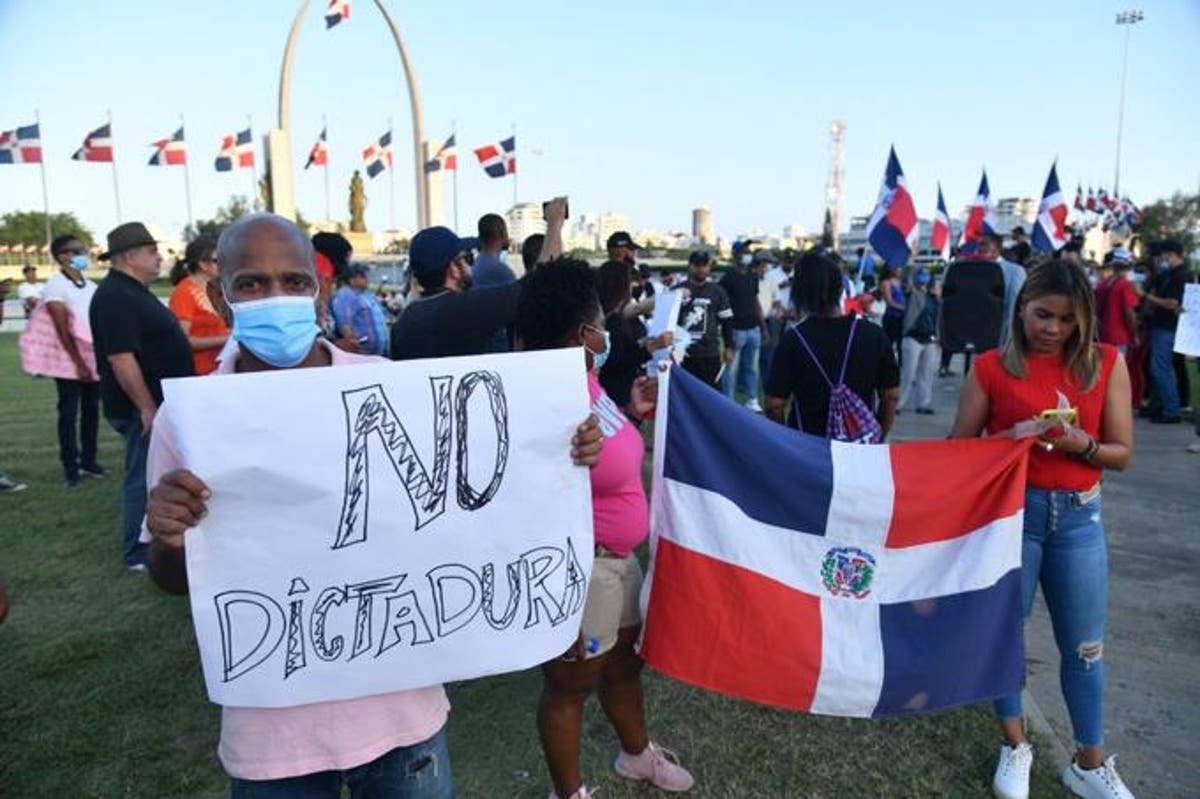 A group of people protested this Sunday in the Plaza de la Bandera against vaccination cards.

Leaders of some movements such as “No tenemos miedo,” “Las intocables,” “Mujeres de acero,” “Toy cansao,'” “Dios, patria y libertad,” “G-10,” “La antigua orden dominicana,” among other independent organizations, have come together demanding what they call as “no violation of their rights, and freedom.”

The representative of one of the attending groups, Wendy Santiago, explained to this newspaper that they will continue the demonstrations against the resolution issued by the Ministry of Public Health, which obliges citizens to carry the Covid-19 vaccination card to enter public spaces, accompanied by their identity card.

“Those of us who are not vaccinated are not spreading any virus, because we are not carriers of any virus, and if there is something to vaccinate we ask the State to vaccinate the air, because the work that had to be done by sprinkling the streets with chloroquine, to disperse the pollutivity of the virus was not done,” emphasized Wendy Santiago.

The demonstrators shouted: “Today it is vaccine, and tomorrow dictatorship,” and “With card or without card this homeland is respected.”

While they carried placards with phrases such as: “No dictatorship,” “My body is God’s temple, my DNA has his name and will not be modified,” among others.

“I am allergic to all medications, and I am not going to die because Abinader wants me to…,” said Miguelina Paniagua, who attended on behalf of a Christian group.

In addition, they said that the government wanted to force them to do something they did not want to do.

“They want to force us to something we don’t want and we are aware of what all that means, they are trying to implement a dictatorship on us,” said the woman.

“Since they prohibit you from entering any establishment they are limiting your freedom…, I am not going to get vaccinated, I will not do something against my will…, I believe that the disease is not as severe as they have sold it to the people,” said Julio Matos, another of the protesters against the vaccine.

“People think that by presenting a little card they are free, and it is a lie, they are being slaves of the system, I ask humanity to open their eyes, they are leading us like sheep to the slaughterhouse,” said Ana Rosario, another protester.

The group, composed of children, young adults, and seniors, was at the Plaza de la Bandera from afternoon until dusk.

“If you are not vaccinated you can’t study, that’s stupid, you go to school to learn, and so they say you are not going to study, they are looking for the kids to go to the streets to commit acts of delinquency,” said Josi Martinez, one of the anti-vaccine card protesters.

“My health does not depend on a third party, my health depends on myself, if you are vaccinated and you are so protected why are you afraid that I am not vaccinated,” expressed Hamber del Valle.