Haiti’s wealthy classes seek their destiny in the Dominican Republic 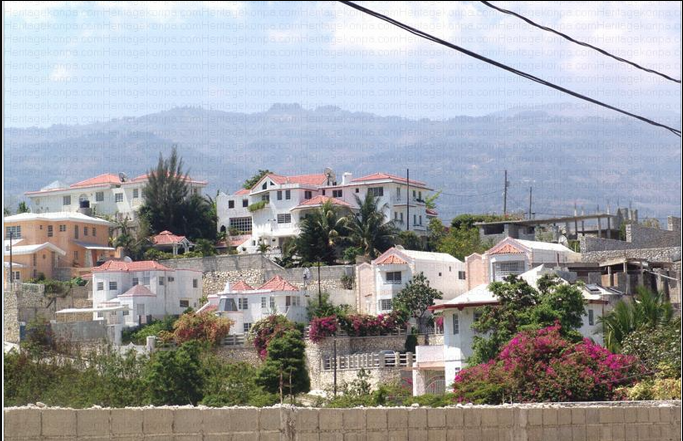 Many economically strong Haitians, from Port-au-Prince, Cape Haitian, Trou Dunord, Millot and Fiort Liberté, have sold or are selling their businesses and moving to the Dominican Republic, taking advantage of the security climate for their businesses and investments of all kinds.

In recent months, the Dominican Republic has become the longed-for dream and preferred paradise of thousands of Haitians from the lower, middle, and upper classes who choose to reach this island’s eastern side. Yet, at the same time, the poor are the majority who use the rough road.

The wealthiest are struggling to obtain visas to settle in the country due to insecurity, increased kidnappings, the lack of food, fuel, and other evils.

Many merchants established in Port-au-Prince, Cape Haitian, Trou Dunord, Millot, Fort Liberté, and other cities in the South, North, Northeast, and Northwest of Haiti are selling and closing their businesses to come to live in the Dominican Republic, where they say there is social, political, economic, educational, and other kinds of stability.

The poteas or potiás take advantage of the poorest Haitians’ desperation to lend money at fanciful rates and guide them to enter Dominican territory.

Making the most of it
Once they settle in the country, they are charged weekly, bimonthly and monthly fees, very excessive for the loans they grant.

The poteas have hired other Haitian immigrants in charge of collecting the interest and often the capital from the debtors residing here.

Carmita Espinary, a Haitian immigrant arrested five days ago by members of the Army’s Fourth Brigade based in Mao, said that she had a small candy factory in Bayaha but that thieves looted it at night.

In this context, the immigrant said she was forced to look for 30 thousand gourdes (26 thousand Dominican pesos) loaned to two poteas to smuggle into Dominican territory using the Dajabón border.

But she complained that while she was trying to get to the city of Santiago de los Caballeros, where she has family and friends, members of the Army arrested her and other compatriots in the community of Judea, in the province of Montecristi.

She stressed that now she has to pay the money owed to the poteas, with abusive interest and the capital always frozen at their whims.

The Potiás make it theirs.
Other Haitian women waiting for the purification process for their deportation to their country said that they often have to agree to indecent proposals from the Potiás in their country so that they are a little flexible with their debts do not pressure them so much.

“Many times we have no other option than to have sex with them, perhaps that way they take us more at ease, because whoever owes those people has to pay them because they pressure a lot and kidnap until we pay,” she said.

Other immigrants meant that they agreed with the poteas to “use them sexually in their own way” and thus make their debts more flexible on the way through the Haitian communities to the Dominican Republic.

Meanwhile, many men serve as guides and security to prevent immigrants from dispersing, since some, although few, want to repent when approaching the Dominican border.

“This is ugly, it is not the same as 3 and 20 years ago, wherever you want, you are met by a guard who chases you and catches you,” said Jean Louis, another immigrant arrested by Army troops and repatriated by Migration.

EN and Migration Operations
Arrests continue.
The Army yesterday reinforced operations against illegal immigrants who have managed to cross the border illegally.

The number of undocumented immigrants detained and handed over to Migration in less than four months amounts to almost 16,000, and operations do not stop.

The guards, on foot, on motorcycles and all-terrain vehicles, cover roads, mountains, requisition abandoned houses and buildings. At the same time, at the military checkpoints, along the Dajabón, Montecristi, and Santiago highway, rigorous checks have been established on the vehicles, especially public transport buses, trucks, lugs, jeepetas, and other four-cylinder cars.

That’s what they think, I got robbed at gun point from armed officials. HAITI is more secure than the Domincan republic.

Kamal – no one believes your lie

Shame on Haitien government 😕 😒 😑 and Santo Domingo don’t give them any respect at all they will pay how they treat middle class people in Haiti, I’m 100 Haitien.